The stakes are extremely high for New Jersey as we enter the final months of the gubernatorial campaign. After eight years of the Christie Administration, which prioritized personal aggrandizement over the public interest, the next governor will have a lot of work to do. As always, NJEA will be ready and willing to offer expertise and solutions to the next governor, but only one candidate, Ambassador Phil Murphy, has earned our endorsement, thanks to his demonstrated commitment to ensuring education and the economy are on the right track.

Chapter 78 has cut members’ take home pay year after year. A severely underfunded pension system threatens not only NJEA members’ future, but the future of the state after 11 credit downgrades.

Underfunded public schools have hit educational support professionals particularly hard as it is the jobs of school support staff that are first on the chopping block when districts cut back.

Standardized testing is taking too much class time and counts for too much from teacher evaluations to school ratings to high school graduation. And with lackluster support from the Christie administration, New Jersey’s 19 community colleges are becoming an expensive proposition for the state’s middle and working class students.

Fortunately, Ambassador Murphy is on our side on these issues, and we are committed to him, because he is committed to us. We must take the lead in seeing that he is elected on Nov. 7, so that we, too, win on Nov. 7.

Who is Phil Murphy?

Ambassador Murphy described his childhood family as one “that was middle class on a good day.” They lived paycheck to paycheck. His mother was a secretary. His father, like many men of his generation, never graduated high school and took any job he thought could help him support his family—even working as a paid pallbearer.

Murphy put himself through Harvard on loans and part-time jobs. After earning a graduate degree at the Wharton School at the University of Pennsylvania, he started his career at the bottom, working his way up to help lead a major international business by learning how economies grow and create jobs.

He’s helped lead local charities to support troubled teens and domestic abuse survivors, and these groups have changed thousands of lives for the better.

Nationally, Murphy served on the board of the NAACP, the world’s oldest civil rights organization.

In 2009, Murphy answered President Barack Obama’s call to service and became the U.S. Ambassador to Germany after his confirmation by the U.S. Senate. Murphy has also fought for opportunity, fairness, and justice through his involvement in the Democratic Party. He served as finance chair of the Democratic National Committee, helping to elect Barack Obama.

Today Ambassador Murphy and his wife, Tammy, live in Monmouth County. They are the parents of Josh, Emma, Charlie and Sam.

As parents and as good neighbors the Murphy’s saw our state falling behind. They couldn’t sit by and watch hard working families struggling to stay even, much less get ahead. So they started an effort to get New Jersey moving again—New Way for New Jersey. 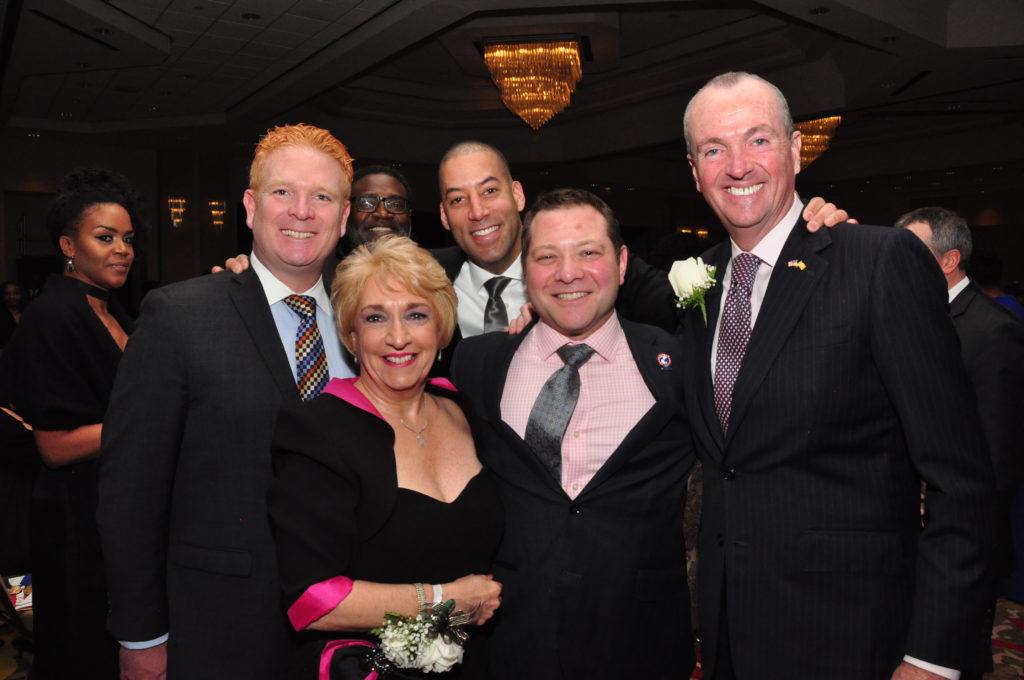 Phil Murphy on the issues

“As a product of a public school education and the brother of a retired Boston teacher, I am a strong supporter of traditional district schools and public school employees. One of the greatest strengths we have as a state is our system of public education, and we desperately need a governor who values and promotes that system. I have been a vocal ally and advocate for public education, and I intend to continue to champion these causes as governor.”

“Many educators joined the profession not because they were expecting to get rich, but because they wanted to make a difference in their community and because they would have a secure retirement with a defined-benefit pension. It is a central part of the promise that we have made to our school employees, and I would work to preserve it.”

“Public school employees should not continue to see their take home pay decrease… I will work with all stakeholders to address the impact of Chapter 78.”

“Educational support professionals (ESPs) play a critical and under-appreciated role in a child’s learning experience, especially when we consider that learning does not just occur inside a classroom. I support legislation that would protect ESPs from privatization and give them due process rights.”

“SFRA [the School Funding Reform Act of 2009], when passed, was a landmark piece of legislation… and continues to be considered a national model. Unfortunately, Gov. Christie has underfunded the formula by more than $8 billion—forcing many towns to either raise property taxes or cut school services. When the conversation earlier this year shifted to a misguided debate over how to change the formula, I continued to advocate for funding the existing formula.”

“I am committed to making college affordable for every New Jersey student by increasing state aid to institutions of higher education, including county colleges, to lower tuitions and fees.”

“I have been a vocal critic of PARCC. I believe the era of high-stakes, high-stress standardized tests in New Jersey must end, and I will see that it does. We must get back to the simple premise of letting teachers use classroom time to teach to their students’ needs, and not to a test. Too much emphasis is being put on a single test, as opposed to weighing a student’s progress through years of instruction.” 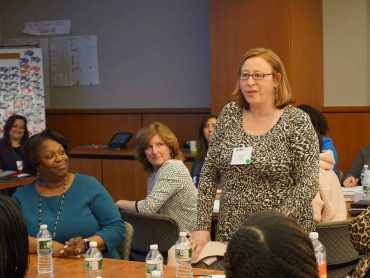