Imagine if you were a Muslim student in your school. What would it be like for you in this time of Islamophobia? As an educator, ask yourself what you know about the Muslim students in your school and district, and what you can do to alleviate the situation to make all students comfortable and ready to learn.

Muslim students are subject to negative perceptions nationwide. The rise in bullying and threats on the lives of Muslim students is a reflection of the increasing Islamophobia in the United States since 9/11. Reports of discrimination against U.S. Muslims are on the rise by a rate of 76 percent.

For example, both Pew Research Center data and Southern Poverty Law Center revealed that between Wednesday, Nov. 9, 2016, the day after the presidential election, and the morning of Monday, Nov. 14, there were 437 reports of hateful intimidation and harassment against Muslims.

It is incumbent upon us to create socially and emotionally safe environments for all of our students. It is essential, now more than ever, to provide a safe haven for our Muslim students across the nation.

In addition, because it is not always apparent who is Muslim and who is not, the post-election backlash is falling on many groups. Immigrants and people of color are all experiencing heightened discrimination and intimidation. We need to conduct internal assessments to make sure all our students, including Muslims, are OK in our school systems by asking the following questions:

•  Are our students experiencing backlash or bullying?

•  What are we doing as a school system to support our Muslim students and others?

•  What do the teachers and staff know about Muslim students?

•  Where can Muslim students go for a safe place to speak?

Ours is a diverse nation. We can learn much from each other. Only 52 percent of Americans say they personally know someone who is Muslim. Polls also show very high levels of self-professed ignorance about Islam, and negative perceptions at a similar scale. To create a supportive environment, school staff and the community need to commit to learning to understand the Muslim families and their beliefs and practices.

Where did Islam come from? Who is Muhammad and why is he revered by Muslims?

Textbooks indicate that Islam begin in 610 A.D. with Muhammad. However, following the Quran (Muslims’ holy book), Muslims believe that Islam originated with the creation of the first human beings—Adam and Eve. The Quran states that God chose more than 124,000 prophets and messengers to remind people of the worship of one God, named Allah in Arabic language. A few of those mentioned by name in the Quran are Adam, Noah, Abraham, Ismael, Isaac, Lot, Jonah, Joseph, David, Moses, Aaron, Jesus, and Muhammad, whom God sent as the last prophet for all people.

According to Islamic teachings, Muhammad received the first revelation from God through the Angel Gabriel in the year 610 A.D. He was 40 years old. Muslims believe that the revelation took place in a small cave known as Hira in the city of Mecca, where Muhammad would go to meditate about his society, especially the injustices toward the poor and oppressed, and to seek God in prayer.

A brief timeline of the history of Islam

•  570: Muhammad is born into a noble family in a city called Mecca. He becomes known for his impeccable character and is called “The Trustworthy.”

•  610-622: Muhammad receives his first revelation at the age of 40 in the cave known as Hira. The main message is to inform people to worship One God, and not idols. A few years later, he first made the message public.

The people of Muhammad’s town react violently upon hearing his message. Arab pagans begin persecuting newly converted Muslims—some of whom were poor or enslaved—and place sanctions on those who practice Islam.

•  622-630: To escape persecution, Muhammad and his followers leave Mecca and migrate to a small, nearby town called Medina. This marks the beginning of the Islamic calendar and is known as the ‘Hijra” or migration. The people of Medina are welcoming and offer neighborly support. Muhammad establishes a community of Meccan and Medinan followers. Together with other resident groups, they engage in a pact of cooperation. Despite attacks from the Meccans and their allies, Muhammad and his followers begin inviting people from across lands to understand the message of Islam and to worship only one God.

After enduring many adversities and challenges, Muhammad and his followers return to Mecca peacefully. The Meccans accept Islam and give up their idols. Since then the Kabah, a cubic, stone building, has been used for the sole worship of God.

•  633: Muhammad dies and a successor is named, based on Muhammad’s advice. Islam spreads into the Mediterranean region and beyond, and becomes a world religion.

Muslim students are subject to negative perceptions nationwide. The rise in bullying and threats on the lives of Muslim students is a reflection of the increasing Islamophobia in the United States since 9/11.

How are Jesus and the Virgin Mary viewed by the Muslims?

Muslims believe Jesus came before Muhammad, born to the Virgin Mary by the decree of God. There is a chapter in the Quran titled “Mariam” that gives details of the birth of Jesus and his life that differ to some extent from Biblical accounts. In the Quran, God saves Jesus from crucifixion and takes him up to himself. The Quran predicts that Jesus will return to Earth as the Messiah. Both Jesus and his mother Mary are highly respected in Islam and by Muslims. Not only is his birth considered a miracle by Muslims, but they also believe that God gave Jesus the ability to perform many miracles so people would worship only one God.

What are the basic beliefs and tenets of Islam?

There are five basic acts of worship in Islam that encapsulate what Muslims practice.

•  Shahadah is the testimony in one God, Allah and belief in Muhammad as the last messenger.

•  Salat are the five daily prayers performed at various intervals of the day. The purpose is to turn toward the highest being, and ask for his guidance and protection and to eradicate heedlessness. Similarly, other religions use meditation and prayer to find inner balance and peace.

•  Zakat is compulsory charity, which is mandated once a year of every Muslim.

•  Saum, or fasting, is practiced during the ninth month of the lunar year known as Ramadan. During this time, Muslims fast for about 29 to 30 days and refrain from food, drink, and any type of marital contact during daylight hours. Fasting is something that has been prescribed in most religions, and in Islam, it is considered one commandment very dear to God.

•  Hajj (pilgrimage) is the fifth pillar in Islam and based on the story or tradition of Abraham and his son Ismael.

How can teachers support Muslim students?

Educators play a vital role and have a huge responsibility in making sure they protect Muslim students from bullying, harassment, and racism due to the spread of Islamophobia by media and politicians, who have little or no understanding of what Muslims believe or practice.

More importantly, it is urgent that teachers across the nation gain knowledge about the basics of Islam to build positive relationships with their Muslim students. They should also bear in mind that not everything Muslims do is based on Islamic beliefs and practices. Muslim individuals and families vary widely in the degree to which Islam is realized in their lives, and Muslims are among the most culturally, linguistically and ethnically diverse groups in the U.S. and the world.

•  Lessons should include common vocabulary words and Muslim names in math problems.

•  Teachers should be careful to avoid textbooks and lesson materials that contain bias against Muslim students. Make sure when topics such as 9/11, terrorism, and others arise that Muslim students are not singled out. There have been many instances in which teachers have directly asked Muslim students questions pertaining to these topics as if the children are experts on those matters.

•  School leaders need to make sure to include assemblies that address anti-bullying and racism occurring in their schools. Lessons on stereotypes, bias and discrimination should be taught directly and as a proactive measure.

Classroom ideas and resources for educators and schools to be inclusive:

•  For English literature and language arts, include stories and novels with Muslim characters and anecdotes.

•  In math, use Muslim names and the names of Islamic-majority countries in word problems. Share accomplishments in math by Muslims, such as Algebra and the use of zero in counting.

•  Mention Muslim scientists and their contributions to the world.

•  Convey correct information about Islam and contributions made by Muslims in social studies. Muslim countries around the world and language and customs should also be taught as part of world history.

•  Art and music should include popular songs and instruments used in the Muslim-majority countries, and of course, Arabic calligraphy should be taught.

Learning about Islam and Muslims is relevant in today’s political climate. I hope educators across the nation will not give in to the negative rhetoric, but come together as a community to keep all students safe from the discrimination that has divided us for years, especially since there are over seven million Muslims in the U.S. and, worldwide, Islam is the second largest faith community after Christianity.

Farhana N. Shah is a department chair in Montgomery County Public Schools in Maryland. She holds a graduate degree in education with a focus in administration. Post 9/11, Farhana has taken great interest in bridging the gap in the misunderstanding of Islam by non-Muslims. She wrote a workshop called “Overview of Islam for Educators” or “Islam 101” in 2006 and has presented it at education conferences including at the NJEA Convention and as professional development in Montgomery County Public Schools. Shah has also delivered trainings and community outreach internationally as a U.S. Speaker and Specialist, a program funded by the U.S. Department of State (2009-11).  For additional questions and outreach inquiries, contact Shah at farhanapublic@gmail.com.

When your smartphone has the wrong answer, see your teacher 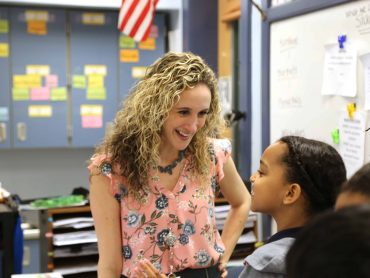 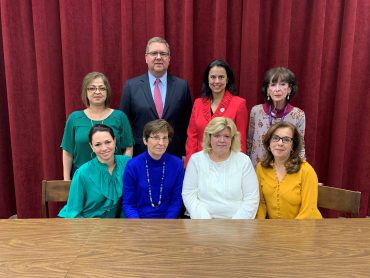 By Kathryn Coulibaly For the 80 members of the Little Ferry Education Association (LFEA), one workshop had...