Many of New Jersey’s public schools were built during the 1950s and 1960s to accommodate the baby-boom generation. Unfortunately, during that era of public school construction, asbestos-containing materials (ACM) were commonplace. This “legacy asbestos” is still present in many school buildings as an ingredient in plaster ceilings and walls; ceiling and floor tiles and mastic; insulation on pipes, boilers, and beams; roofing felt and shingles and more.

Asbestos is relatively safe when it is in good condition and undisturbed. It becomes a health hazard when it comes loose or crumbles and releases invisible microscopic fibers into the air during routine school maintenance activities, renovations, removal, or even something as simple as hanging decorations from asbestos-containing walls and ceilings.

The Asbestos Hazard Emergency Response Act (AHERA) was passed by Congress in 1986 to force school districts to identify and either remove or manage ACM in public and private school buildings. Such management is not difficult but it does require ongoing and diligent attention and effort by school districts. Nevertheless, in the past year, at least three local associations found themselves dealing with problems from legacy asbestos because districts did not follow AHERA requirements.

• Asbestos was found in the roofing felt after roof replacement work had already started at a high school. Bulk samples of roofing debris found on the ground contained approximately 25 percent asbestos.

• A district knew that plaster, ceiling tiles and transite panels containing asbestos were present in the cafetorium, cafeteria, hallways and roof mechanical rooms in a middle school, and yet still required maintenance and IT staff to perform duties that potentially disturbed and exposed them to ACM.

• A district started to remove vinyl asbestos tile (VAT), carpet that was glued to VAT, asbestos boiler breeching, transite boards (that later were determined to contain 40 percent asbestos) on the back of bookcases and 20 percent asbestos material from a mailbox. Emergency waivers to perform asbestos abatement had to be obtained.

New Jersey Work Environment Council (WEC) industrial hygiene consultant Diana Crowder investigated. She was informed by the U.S. Environmental Protection Agency (EPA) that its funding to the New Jersey Department of Health to conduct AHERA inspections is slated to be cut between the years 2019 and 2021. WEC and NJEA have gone on record with EPA that AHERA funding should not be cut because asbestos is still a problem in many schools.

Local associations and their health and safety committees should work with their UniServ field representatives to take the following actions:

• Review the asbestos management plan for each school building. Enlisting parents to participate would be ideal and help bring extra pressure on the district.

• Ensure the district complies with all AHERA regulations. See the March 2016 NJEA Review article (link in sidebar) for details.

• Keep members informed of the dangers of asbestos exposure and how the local association is monitoring the district.

• Ensure any crumbling ACM is removed, encapsulated or enclosed.

• Ensure the district provide custodial staff with a two-hour asbestos-awareness training, and an additional 14 hours of operation and management training for those who may disturb small amounts of asbestos.

• Ensure there are no work practices that might raise asbestos dust such as dry sweeping and dusting, compressed air cleaning, or sanding of asbestos-containing flooring.

• Ensure that all staff members who are believed to have inhaled asbestos are offered baseline medical exams including a chest X-ray.

• Negotiate contract language requiring that all ACM be labeled with permanent signs stating “Asbestos Hazard – Do not disturb.” Such signs would provide a potent warning to everyone who sees them.

• If renovations are to take place, insist that every contractor have a list of all ACM in the building and that contractors follow asbestos regulations from OSHA, PEOSH and the state of New Jersey.

• If asbestos abatement is needed, call PEOSH to ask if the district has obtained permission to proceed.

Eileen Senn holds a Bachelor of Science in Chemistry from Duquesne University and a Master of Science in Occupational Health from Temple University. She is an industrial hygiene consultant with the New Jersey Work Environment Council, a frequent partner with NJEA on school health and safety concerns.

As they wrote, while progress has been made to limit certain uses of asbestos, it has never successfully been banned in the U.S. or Canada.

In 1989, the EPA issued its Asbestos Ban and Phase-Out Rule, which was challenged in the courts by industry and overturned in 1991, citing a lack of consideration for other more cost-effective options. Essentially, a weak Toxic Substances Control Act (TSCA) failed to justify the ban. Yet 55 other countries have banned asbestos.

In 2016, following the passage of the Frank R. Lautenberg Chemical Safety for the 21st Century Act, the move to re-evaluate asbestos began. Last December, asbestos was named as one of 10 priority chemicals first up for evaluation by the agency. With a new evaluation comes the hope that a final phase-out might be possible. The EPA should take action to protect students, workers, public health and the environment, and make the United States the 56th nation to enact a complete ban on asbestos.

Local associations can encourage members to sign a petition to ban asbestos on the Asbestos Disease Awareness Organization website at www.asbestosdiseaseawareness.org.

Schools now required to have alarms for deadly carbon monoxide 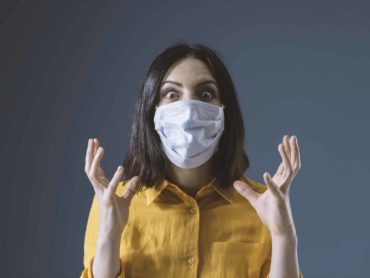 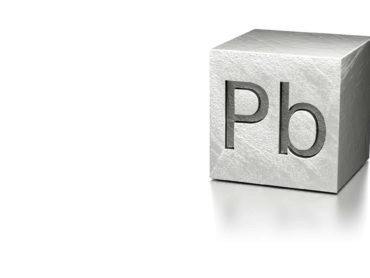