When I sense that my students are losing interest in a topic, I try to think about the interests that I share with them. We watch many of the same TV shows and movies, listen to much of the same music, and play some of the same video games. It was this thought process that brought me to a recent classroom project: creating a book-based video game and console based upon Bram Stoker’s Dracula.

Of course, this project would also require some hardware. As a tech enthusiast, I purchased a Raspberry Pi computer last summer. While tinkering with it at home one night, I had personal visions of creating a cloud, practicing soldering, or ripping apart my over-worked coffee maker to see if I could remotely urge it to brew me a cup. I began to wonder, “How do I get a bunch of these in my classroom?”

The Raspberry Pi series is a system based upon promoting computer education and advocating for tangible learning experiences. Essentially, it is a single-board computer, the size of a credit card, that allows for extreme mutability with hardware and software alike. In most cases, the computer comes along with an SD (secure digital) card formatted for use and preloaded with various Linux distributions, leaving the choice up to the user as to which to install.

Though being completely new to Linux and only beginning to learn how to navigate within the Linux Terminal, I was easily able to install the Raspbian operating system (OS). This OS was optimized for beginners, allowing for seamless interactions between a user interface that looked very similar to Windows and the Terminal based upon preference. So, I figured that since my students could definitely navigate a desktop, they would be able to navigate the Raspberry Pis.

While I had the hardware in mind, the next step that I had to address was how to best utilize it. Trawling through the preloaded programs in Raspbian, I eventually stumbled upon Scratch. This was my proverbial “Eureka! moment. Scratch, a tool developed by MIT and released in 2013, is a free, online programming system that allows users to create their own media and video games. Furthermore, it deals primarily with making event-driven programming accessible by providing a friendly interface and color-coded programming scripts. Within 10 minutes of clicking around, I had managed to create a small animation where a crab bounced to and fro across a beach. I stared at this crab for a couple minutes and thought “We should be making video games?”

The pieces started to quickly fit together, as I realized that building a video game would be an incredibly useful way to teach a book. I was imagining an environment where the students used close-reading and text evidence to build every aspect of the game. For what they would have to do, it would be a tall order: creating backdrops; accurately illustrating characters; inputting appropriate dialogue and description; crafting relevant sounds; choosing among a role-playing game, 2-D side-scroller, interactive story, etc.; and designing a physical housing unit. The truth was that I was basically going to be asking them to become small game developers for a month and a half.

When I introduced the project, the students expressed some trepidation. Interestingly, most of their worry and fear came from the idea that they would somehow break the Raspberry Pi or the ancillary hardware for the project. As a result, we initially spent small portions of the class periods just handling the materials. The students were able to become comfortable with the fact that they were manipulating a small computer and, lo and behold, that it would not immediately destruct upon their touch. What I did notice, however, was once the students were familiar with the materials, the ideas started rolling in. they started to ask questions: “Can I make the game look like something I’d play on my phone?” “Can I build this into something that looks like an arcade machine?” “Can you help me program this so that my PS3 controller will work with it?”

The level of excitement was palpable. The students had free reign to design a completely original unit, and their interest levels were high. Furthermore, while the originality of the project captivated them, they also realized that the project catered to their skill sets. Within their work groups, it was necessary to have students who could engage in a variety of activities. Some would be going into the text to find evidence; others would be writing the arguments supporting their aesthetic choices; those able to draw, paint, and craft were shooting up high demand; and the students who were interested in coding and logic were tinkering with the games’ inner workings.

Essentially, the project was designed to access the widest variety of learners and work preferences. The students, with this newfound agency and confidence in their abilities, worked hard to finish their portions of the projects, even aiding others when certain tasks, such as the coding, became a bit difficult.

Overall, the project was a success, and the introduction of higher technology into the literary setting was incredibly fruitful. It gave the students a chance to see that tech isn’t just something they do in their STEM courses. Every student saw they were capable of learning computer and coding basics. And it made English class exciting! Students were arguing and supporting their ideas for all aspects of the text and having fun while doing it.

I must admit, however, that this project did require a fair amount of work and research on the instructional end to get it started. Luckily, both the Raspberry Pi (www.raspberrypi.org/forums/) and Scratch (https://scratch.mit.edu/discuss/) have extensive discussion boards on their websites based on learning and the sharing of resources; scrolling through these forums helped me solve any issues that arose quickly.

But it was all worthwhile, especially when one student said, “Miss Roman, I love being able to come to English and use my hands like this. Can we do this again next year?”

Sarah Roman teaches Junior Honors English and AP Literature at Raritan High School in Hazlet and can be contacted at sroman@hazlet.org. She is currently involved with planning a one-to-one initiative to bring Chromebooks to students and staff within the high school and promoting the use of the Google Suite as a learning management system. Roman is currently enrolled in the Master of Science in Professional and Technical Communications program at the New Jersey Institute of Technology.

The power of podcasts 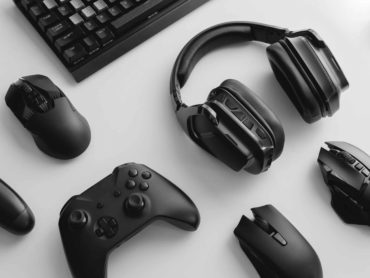 Teaching with video games in a pandemic Deep into the November lull that comes with most semesters of... 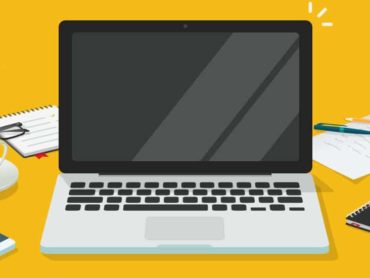 Have your students show their learning with Google Slides

By Laurie Floyd One of the many challenges teachers have had since March 2020, is how to take our existing... 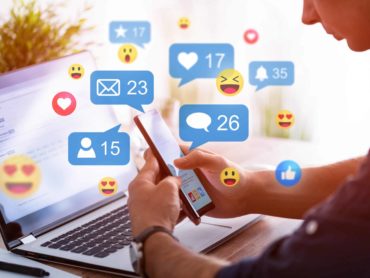 The digital age of collaboration and lifelong learning By David Eggert As we make our way through a school...