What comes to mind when you think of Finland?

For many, it is the fact that Finland is often considered the educational powerhouse of the world. This remarkable reputation is primarily attributed to the consistently high scores that Finnish students earn on the PISA Survey. The PISA Survey, conducted every three years by the Organization for Economic Cooperation and Development (OECD) compares 15-year-olds in different countries in reading, math and science.

Finland has ranked at or near the top in all three competencies on every survey since 2000, neck and neck with other educational powerhouses such as Singapore and South Korea. These consistently high marks along with the county’s reputation as one of the happiest places in the world indicates that Finland is doing something right.

What is the secret to their success? What can a group of future New Jersey public school teachers learn from a visit to Finland and an opportunity to explore its school system?

Rider University, a private university located in Lawrenceville, graduates approximately 100 new teachers every year of which the majority will obtain teaching positions in New Jersey public school classrooms. The school has a thriving study abroad program. For eight years, Rider University has annually conducted short-term (10-14 days), faculty-led study abroad experiences for preservice teachers to explore educational and cultural differences in other countries. The program has included experiences in Ireland, Northern Ireland, Spain, Germany, Austria and Italy. The most recent trip this past May brought the preservice teachers to Finland.

This trip afforded 20 preservice teachers and two full-time faculty members the opportunity to spend 10 days in Finland. The group divided its time between two major cities including Helsinki, the capital, and Turku, the former capital. Students visited cultural sites such as Turku Castle and Suomenlinna, a 250-year-old fortress that is included on UNESCO’s World Heritage sites.

The main draw was the opportunity to explore the educational system. The group visited the University of Helsinki and several primary and middle schools. The group also heard presentations from the Education Divisions in each city.

Our main goal for the trip was to explore the educational system and try to figure out what Finland is doing right. However, we quickly realized that there isn’t any one thing that is key to the nation’s success. Rather, there are several beliefs and practices at the heart of the Finnish educational system that resonated with our future teachers because they appeared in sharp contrast with current beliefs and practices in the United States.

Key beliefs and practices in education in Finland

Although admission criteria vary slightly at different universities, generally, applicants are assessed based on their upper secondary school record, their extracurricular activities, and their score on the Matriculation Exam, which is taken at the end of upper secondary school. Applicants must also take the Vakava entrance exam, a take-home, multiple-choice exam that assesses their ability to think critically and evaluate arguments in the education sciences.

Once an applicant makes it beyond this first round of screening, they are observed in a teaching-like activity and interviewed. Only candidates with a clear aptitude for teaching in addition to strong academic performance are admitted. According to the City of Helsinki Education Division, only approximately 10% of teachers are accepted into teacher prep programs each year.

In the U.S., however, there are a growing number of fast-track programs such as Teach for America and various alternate-route programs that allow teachers to teach in classrooms after minimal preparation. Some of these programs provide as little as 10 weeks of pedagogical training before teachers are placed into a classroom. 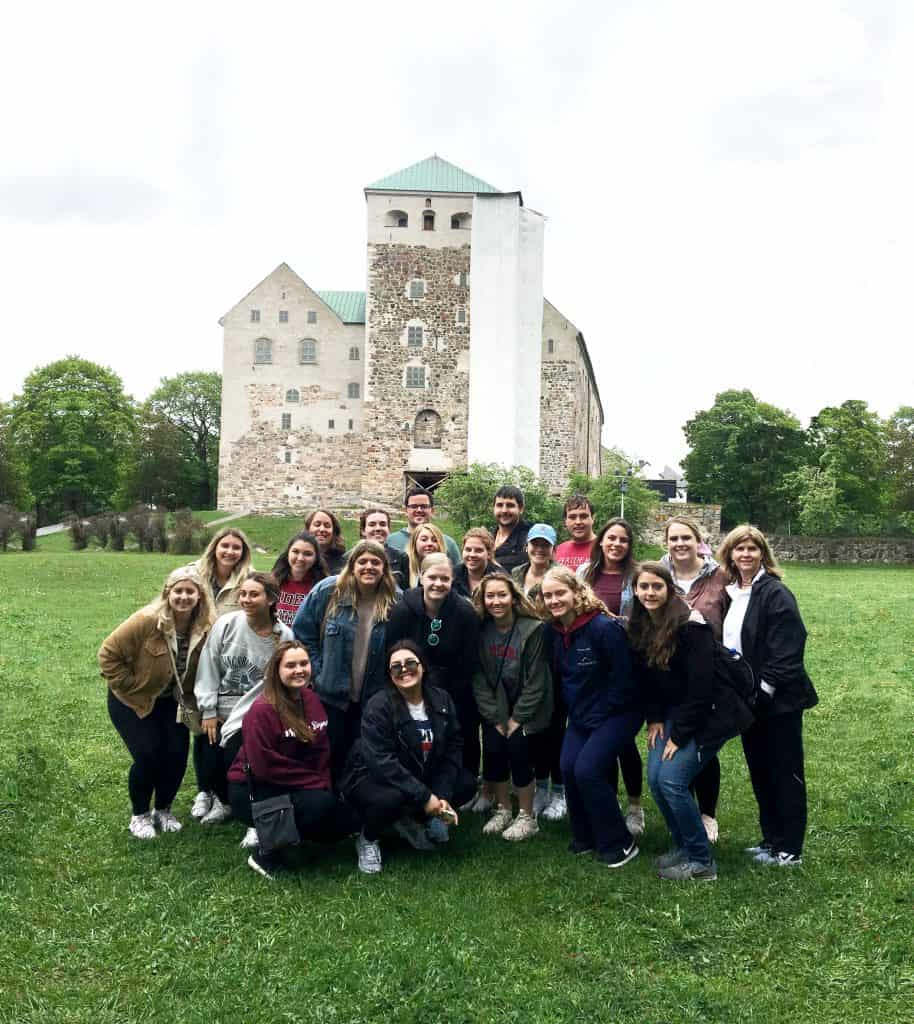 In addition to exploring public education in Finland, 20 preservice educators from Finland also explored the cities of Turku and Helsinki.

Societal respect for teachers and the teaching profession

Teaching in Finland is an esteemed profession. According to the National Center on Education and The Economy, primary school teaching is one of the most sought after and prestigious careers in Finland. Teachers are respected, trusted and encouraged to be autonomous and craft their own pedagogical style. Their professional judgments are trusted to a degree that is rare among countries around the world. As a result of the effective preparation and the positive working conditions, according to Pasi Sahlberg, a leading Finnish expert on education, the retention rate amongst Finnish teachers is between 85-90%.

In sharp contrast, American teachers often feel disrespected and devalued in society when compared to other professions. According to researchers Richard Ingersoll, Lisa Merrill and Henry May in What Are the Effects of Teacher Education and Preparation on Beginning Teacher Attrition, 42% of American teachers leave within the first five years of their careers.

Approach to learning and school

One of the most striking differences with Finland’s approach to school is that compulsory education ends after ninth grade. At that point, students are required to choose one of two paths. The first path is to continue on a traditional academic path for 10th through 12th grade. The other option is to acquire a skill or trade through the vocational path. Each path is equally valued by society. In fact, according to the City of Helsinki Education Division over the last few years, the percentage of students selecting the traditional academic path versus a vocational path is 52% to 48%, respectively.

This is in contrast with views on schooling in our culture where students are highly encouraged to follow a traditional academic path through college graduation while choosing a vocational path often carries a negative societal stigma.

The Finns place a high value on creating independent children both inside and outside the classroom. It is customary that when 7-year-olds begin school, they are responsible for getting themselves to and from school without parental

assistance. Often this involves navigating a public transportation system independently. In addition, when children are approximately 9 or 10 years old, they also begin to care for themselves before and after school, which involves tasks such as preparing lunches and after-school snacks and getting themselves to after school activities.

Primary school teaching is one of the most sought after and prestigious careers in Finland.

During school hours, many students are allowed to come and go during lunchtime and free periods. There is a high degree of trust and a belief that students are capable of taking care of themselves.

One instance that resonated with many of us took place during a field trip. A class of 9-year-olds was visiting Suomenlinna, a 250-year-old fortress at the same time as our group. The nine-year-old students were free to decide if they wanted to purchase a snack from the vendor. If they chose to do so, students were permitted to walk over to the vendor, select an item, pay for it and count their change without any parental or teacher assistance. This is in stark contrast with what many of us have experienced when we spend time in elementary classrooms or on class trips where numerous parents are on hand to assist for even the simplest tasks. 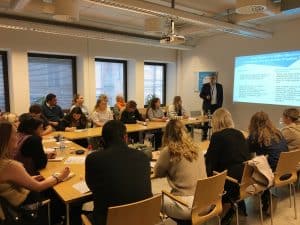 Much of what resonated with Rider’s preservice educators is likely beyond their control to change. For example, they can’t singlehandedly change the structure of teacher education or influence how society views the teaching profession. However, observing these fundamental and societal differences did inspire these future teachers to become more intentional in several areas of their practice including:

• Take ownership of one’s own professional development: Whether choosing to continue to pursue a masters’ degree, attending educational conferences or participating in self-selected professional development workshops, it is essential to embody the mindset of becoming a lifelong learner and continually increasing one’s knowledge and honing one’s teaching skills.

• Be an outstanding model of professionalism: Despite the current conditions under which American educators work, our future teachers understood the value of presenting an exemplary model of professionalism when interacting with students, parents, and the general public, and when using technology and social media as a means to portray teaching as a professional and respected profession.

The Finns’ commitment to fostering independence in young children caused us to reflect on classroom practices that are commonly implemented in New Jersey and how these practices affect our ability to foster independence in our students both inside and outside the classroom.

For example, it is not uncommon to witness the use of group bathroom breaks, assigned lunchroom or classroom seating and extrinsic, reward or bribery-based classroom management systems. Another common practice in early childhood is the use of a rope with handles for each child to take hold and be safely led even a minimal distance.

These and other common practices undermine students’ ability to become independent because they rob children of the opportunity to have freedom, make choices (good and bad) and learn from their mistakes. In contrast, here are some classroom practices that can help foster independence including:

• Implement a proactive classroom management approach: Build your classroom management plan around the idea of preventing misbehavior through effective classroom rules and routines, strong interpersonal relationships and engaging instruction rather than utilize an extrinsic, reward-based system such as Class Dojo or other similar systems. These systems bribe or intimidate students into behaving rather than providing opportunities for students to develop the ability to make good decisions about their behavior without the use of extrinsic control methods.

• Provide freedom: Permit students to use the bathroom at their discretion rather than with the whole class. Consider having students move through the hallways without walking in a line from point A to B. Allow students to choose where to sit in the lunchroom and who to sit next to during class. Trust students to rise to high behavioral expectations and use their mistakes as a learning opportunity to make better choices the next time a similar situation arises.

• Include opportunities for choice: Schedule time into your day where students can exercise choice. For example, instead of starting the day with a “Do Now” activity, consider allowing students 10 minutes to use any way they choose such as playing a quick game or socializing. Allow time for students to choose self-selected texts or write about topics that interest them rather than assigned prompts. Opportunities such as these allow students to practice decision-making skills.

Practices such as the ones discussed above allow students freedom and provide them with opportunities to make choices and learn from their mistakes. They will help students develop independent thinking and decision-making skills that will serve them well for many years both inside and outside the classroom. This is a key takeaway from the Finnish educational system that would benefit American students.

In this school year, why not take some time to reflect on how you can incorporate opportunities for students to become more independent in your classroom?

Tracey Garrett, Ed.D. is a professor in the Department of Teacher Education at Rider University. She can be reached at tgarrett@rider.edu.

Sharon McKool, Ph.D is an associate professor and chair of the Department of Teacher Education at Rider University. She can be reached at smckool@rider.edu.

A strong foundation for teacher education and reading instruction 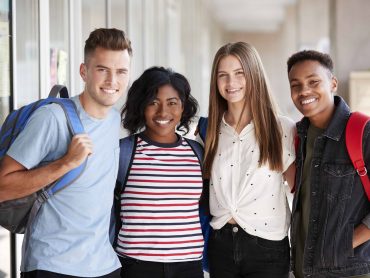