Following a years-long campaign for job justice, educational support professionals (ESP) in New Jersey will return to work this September with enhanced job protections. On Thursday, August 13, Gov. Phil Murphy signed a law granting due process rights to tens of thousands of school employees who are not covered under New Jersey’s existing statute just cause and due process to teachers and some other school employees.

After nearly two years of advocacy by NJEA members, the Senate passed S-993 in March by overwhelming majority. In the Assembly, A-631 passed for the second time in as many years in June. An earlier version of the same bill, along with a companion bill to protect against unfair subcontracting, was previously vetoed by Gov. Chris Christie. Gov. Murphy campaigned on a promise to sign both bills and has reiterated that promise repeatedly since. Today, he kept the first half of that promise by signing S-993/A-631.

“This is a job justice law because it provides professional equity to some of our schools’ most valuable employees,” said NJEA President Marie Blistan. “Educational support professionals, or as I often call them, Essential School Professionals, are foundational to our success and a major part of the reason our public schools are rated the best in the nation. This new law provides well-deserved dignity, respect and protection by providing due process protection to every school employee who did not already have it.”

“This win is about fairness and stability for our students,” said NJEA Vice President Sean M. Spiller. “This law means that ESPs can perform their jobs without the threat of being let go or fired for unjust reasons. Consistency in these positions means students will have more harmony in their school buildings. This law means ESPs can better serve their school communities, which is a win for public schools, achieved through union activism.”

“This is a law that just makes sense” said NJEA Secretary-Treasurer Steve Beatty. “It’s no secret that students need stability and consistency in their learning environments to thrive, and that’s what this bill will provide. When our members don’t have to fear unjust, arbitrary mistreatment, they can focus on doing the jobs they love with professionalism and excellence.”

Gov. Murphy, who has frequently praised the importance of ESPs and long promised to support legislation to ensure ESP job justice, praised the new law.  “Our educational support professionals are a critical part of our school communities,” said Gov. Murphy. “I am proud to have signed a bipartisan piece of legislation that recognizes the value of collective bargaining and provides them with important protections, especially during these uncertain times. We will continue working to support our school employees.”

Senate President Steve Sweeney (D-Gloucester) also lauded the new law. “I was proud to support this pro-worker legislation in the Senate and I’m glad to know that our dedicated Educational Support Professionals will be returning to work this year with an added measure of well-deserved fairness and job security,” said Sen. Sweeney. “They are critical to keeping students safe and helping them learn, and that is more important than ever right now.”

Sen. Linda Greenstein (D-Mercer/Middlesex) and Sen. Troy Singleton (D-Burlington) sponsored the Senate version of the bill and praised the positive effect it will have on New Jersey’s ESPs.

“The many non-teaching personnel employed in our schools are essential in our efforts to properly serve the needs of our students,” said Sen. Greenstein. “They influence the lives of our students in a multitude of ways, and I am proud that these individuals will now have the same rights afforded to them as their teacher colleagues.”

“These are individuals who impact the development of our student population regularly, yet have been unable to defend themselves through litigation unlike their counterparts,” said Sen. Singleton. “It is disrespectful and erroneous to deny an employee a standard right over a discrepancy in their title. This law rights this wrong and ensures that treating people with fairness isn’t just preached in our schools, but is exercised as well.”

Assemblyman Ralph Caputo (D-Essex), Assemblywoman Mila Jasey (D-Essexa) and Assemblyman Ronald Dancer (R-Monmouth) sponsored the bill in the Assembly.  Upon its original passage in June, Jasey and Caputo said, “School employees who do not directly teach students are also essential to our public education system. Bus drivers, custodians, cafeteria workers and many other staff members make critical contributions to school functionality and help provide our children with a well-rounded educational experience. Yet despite their essential roles, they have not received the same protections as teachers. That’s why this bill will offer them the option of a neutral, third-party arbitrator to help determine whether any disciplinary action taken against them is fair and necessary. This is an equitable way to ensure employment protections.”

Assembly Speaker Craig Coughlin (D-Middlesex) also praised the bill. “This new law affirms how much we value all public education employees and their contributions to our schools,” said Coughlin. “Now, with more equitable employment protections, all employees will have a fair chance to redress employment and disciplinary actions. All school employees are essential to ensuring students are receiving the best we can provide in public education. I am proud of the work we have done to support our teachers and staff in New Jersey schools.”

A companion bill, S-2303/A-4140 would provide ESPs with necessary protections against subcontracting during the life of a negotiated contract and strengthen collective bargaining rights. Both bills have passed their respective houses with overwhelming majorities, but one difference in language between the two bills means they need to be reconciled by the legislature before they can go to the governor for his promised signature. 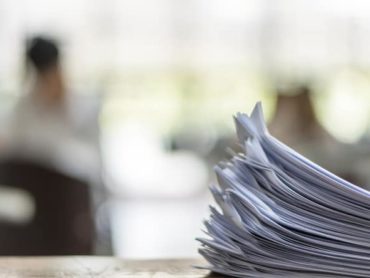 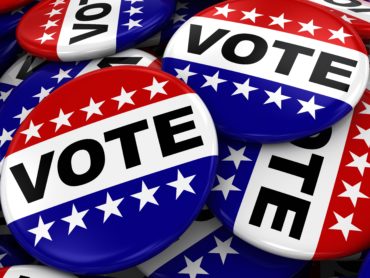 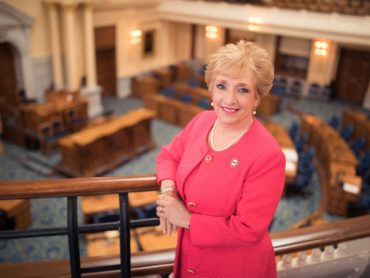