Life-threatening allergies and the use of epinephrine in schools

New Jersey strives to keep students safe in school and during school activities. The state is a trailblazer, being one of the first states to pass laws for self-administration of medications for life-threatening medical conditions (P.L. 2001, c.61) permitting trained delegates to administer certain medications, such as epinephrine for students with a history of known anaphylaxis (P.L. 2007, c. 57) and glucagon to students with severe hypoglycemia from diabetes (P.L. 2009, c. 131).

New Jersey further expanded the epinephrine law permitting nurses and trained delegates to administer epinephrine via an autoinjector to a student, without a history of known anaphylaxis, if the student appeared to be experiencing anaphylaxis (P.L. 2015, c.13).

Anaphylaxis is a potentially life threatening, severe allergic reaction, often with a sudden onset. It is a medical emergency and requires quick treatment with epinephrine. Anaphylaxis trained delegates are employees of the school district, usually teachers, coaches and administrators, who volunteer to receive education regarding anaphylaxis and how to administer the epinephrine auto-injector.

Regarding P.L. 2007, c. 57, the epinephrine law that permitted trained delegates to administer epinephrine for a student with a history of known anaphylaxis, the New Jersey Department of Education (NJDOE) promulgated educational materials, titled Training Protocols for the Emergency Administration of Epinephrine (see sidebar). These materials are very specific and provided guidance for districts to enact the new law.

The NJDOE, however, did not provide any regulations, guidance or educational tools for P.L. 2015, c.13. This law permits nurses and trained delegates to administer epinephrine to students suspected of having an anaphylactic reaction without a known history of anaphylaxis, and for schools to “stock” epinephrine. Stock epinephrine is a dose or multiple doses of epinephrine that is available at school without being designated to a specific student.

Anaphylaxis is a potentially life threatening, severe allergic reaction. It is increasing in prevalence and only responds to treatment with epinephrine. Anaphylaxis may develop very quickly and requires the rapid administration of epinephrine. It is recommended by professional medical groups such as the American Academy of Pediatrics (AAP) and American Academy of Allergy, Asthma & Immunology (AAAAI), and educational organizations such as Asthma and Allergy Network and Food Allergy Research and Education (FARE), that anaphylaxis emergency care plans are used for students with known anaphylaxis.

Many districts provide anaphylaxis education to staff via an online, self-learning module. Student-specific anaphylaxis education, which includes demonstration and return demonstration of the epinephrine autoinjector (EA), is provided by the certified school nurse (CSN) to those staff who volunteer to be trained in anaphylaxis response. The student-specific emergency care plan is maintained with the student’s epinephrine autoinjector or given to the trained delegate when the student is participating in an activity away from the school campus.

However, recognizing that 25 percent of anaphylaxis in schools occurs in students without a previous food allergy diagnosis, my school provides a generic FARE anaphylaxis emergency care plan with each stock epinephrine autoinjector, whether the medication is stored on school campus or if supplied for a school trip. This form clearly illustrates symptoms and delineates tasks to be carried out, minimizing medical or nursing assessment.

Epinephrine can be life-saving when administered as rapidly as possible once anaphylaxis is recognized. Storing the stock epinephrine auto-injector in tandem with the generic FARE emergency care plan ensures accurate information with clear interventions is readily accessible for the trained delegate when suspecting and thus responding to anaphylaxis.

You can learn more about the FARE emergency care plan. The plan is available in English and Spanish. The AAP plan form, which provides step-by-step guidance, can be downloaded here. Another plan form is available from the AAAAI. 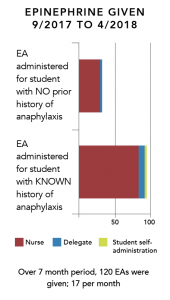 In 2017, an online survey was sent to 1,284 NJSSNA members, yielding responses from 505 certified school nurses (CSN) for a 39 percent response rate. The dates of the data collected encompassed September 2015 to April 2017. In that 18-month period, 205 epinephrine doses were administered, an average of just over 11 per month. 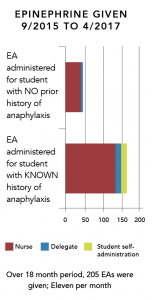 Anaphylaxis is on the rise

There has been a drastic increase in the prevalence of anaphylaxis. The NJSSNA Epinephrine Survey illustrates this trend in New Jersey. Successful management of anaphylaxis requires early recognition of signs and symptoms and the immediate administration of epinephrine. The CSN’s role in providing anaphylaxis education, and the staff who volunteer to respond as trained delegates, are instrumental in keeping students safe. Providing a student-specific ECP for a student with a known history of anaphylaxis and attaching a generic ECP along with stock epinephrine auto-injectors ensures accurate, directive information is readily available, if anaphylaxis is suspected.

Training Protocols for the Emergency Administration of Epinephrine, 2008. 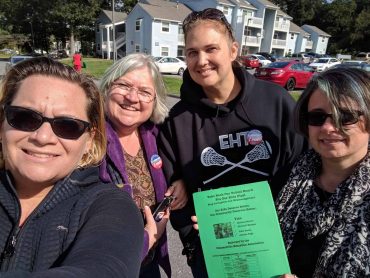 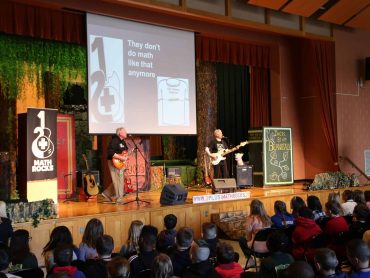 By Kathryn Coulibaly Most teachers don’t get rock star treatment, even though they deserve it. But... 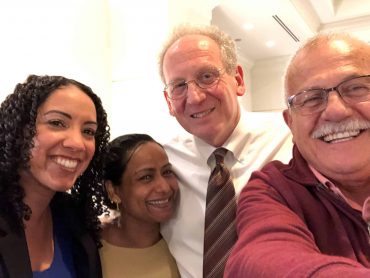