The evening of Feb. 13, 2020, was a momentous one for Dwight Morrow High School and Academies @ Englewood guidance counselors Nicole Cartwright, Venus Rose and Luis Sanchez. After a three-year legal battle, the three Englewood Teachers Association (ETA) members were reinstated to their tenured positions in the Englewood Public School District. They, along with two nontenured guidance counselors, a tenured social worker, the director of Guidance, two high school principals, and an assistant principal were first suspended from their positions on Feb. 16, 2017.

“We received our Rice notifications on Valentine’s Day,” Rose said. “There was nothing in the board of education agenda about what would be discussed. It was in an addendum to the agenda that we found out what was happening.”  A school board must inform employees that their employment status will be discussed during a school board’s closed session. This notification is known as a Rice notice.

The suspensions followed a school board-commissioned review of the district’s high school student transcript records regarding credit hours and other claimed irregularities.

“Based on the events that had already transpired, I was concerned and decided to bring a network attorney to that first meeting with the guidance counselors,” Loccke recalled. “At that meeting, it was still not clear to anyone the full scope and impact of the issues and how the district would respond. Shortly thereafter the district went on the offensive to deny any wrongdoing and chose to make these guidance counselors the scapegoats.”

The school board attorney interviewed all 97 high school teachers. It took three days. NJEA UniServ field reps Loccke, Joseph Tondi and Luis Delgado accompanied each teacher during their interviews. The impact of these investigations and the constant media attention resulting from the district’s determination to find staff to blame created panic.

“That was a hard hit,” Sanchez said. “I am the type of person who works from very early in the morning. I’d skip breaks and keep working. I work very hard. I’m well-known in the community, and suddenly in the eyes of the community I was seen as a dishonest person.”

The review found over 3,000 unaccounted changes to transcripts. The counselors themselves had been reporting numerous irregularities to the student information system analyst and the superintendent since 2015—a full two years prior to the suspensions.

In July 2016, the student records system was replaced. Attempts to transfer student data to the new management system only exacerbated the problems with the records.

“We would print out a senior’s transcript and see one GPA that day, but when we printed it out the next day, the GPA would be different,” said Sanchez. “Students would say to us, ‘Look, I have to apply to a university and my transcript isn’t correct.”

Fortunately, Cartwright, Sanchez and Rose had maintained records of their efforts to correct the irregularities. Their numerous communications detailed both their individual and group concerns about the records’ accuracy. Cartwright had previously taught eighth-graders in Englewood, so just a few years earlier she had many of the affected seniors in her classroom.

“For me this was about equity,” said Cartwright. “We tell our students that the way out of poverty is getting an education and here the system was setting them up. I just couldn’t let it go. This was somebody’s child.”

The board never investigated the counselors’ reports and never sufficiently explained why it neglected to do so. The suspensions of the counselors became the subject of numerous TV, print and online news features. Parents protested the suspensions, and students staged walkouts.

Rose, who lives within walking distance of the high school, remembers what a painful experience it was.

“I could hear news helicopters from my house, and I watched this drama play out on all three local news channels,” Rose said. “I didn’t sleep or eat for days. I stayed in my house. I didn’t want to show my face in public. This became my life for three years.”

Cartwright also lived near the school and heard the same helicopters. She soon learned that it was student protests that drew the attention of the media.

“I knew we had taught them how to be resilient and fight for their rights,” Cartwright said. “It wasn’t just for us they were fighting. They were thinking of their future, and they were upset.”

While the experience was difficult for Cartwright, she knew it also took its toll on the students.

“We don’t do therapy, but we do a lot of brief counseling because our students have experienced trauma,” Cartwright said. “We are the people they have trust in, and I didn’t want them to feel abandoned because so many of them have been abandoned before.”

In July 2017, the New Jersey Department of Education Office of Fiscal Accountability and Compliance (OFAC) issued a report based on its own review of the transcripts. That review, unlike the school board’s, included the counselors’ communications detailing their concerns.

The OFAC found that most of the changes had not been made by the counselors, but instead by an outsourced district guidance secretary and the student information system analyst. Significantly, OFAC found no evidence that any fraudulent changes had been made.

The board did not take the OFAC finding into account and in September 2017 certified for hearing by the commissioner of education the superintendents’ tenure charges against the counselors and administrators. Each of those charged filed a request with then-Commissioner of Education Kimberley Harrington to dismiss the allegations because they had not been filed in accordance with the law.

On Nov. 8, 2017, Harrington found that when the board brought the tenure charges in one consolidated pleading against eight individual staff members and administrators, the board had usurped the commissioner’s authority to determine whether such matters should be combined.

The commissioner held that the consolidated filing had deprived those charged of their due process rights. Each individual charged had the right, the commissioner ruled, to a clear statement that described the precise nature of charges against them as well as a description of the evidence that allegedly supported the charges. The commissioner dismissed the charges without prejudice, which meant they could be refiled if submitted in a legally proper form and manner.

All of those charged, including Cartwright, Rose and Sanchez were ordered reinstated with back pay and benefits.

While each counselor was reinstated, none of them were permitted to return to work. The superintendent instead refiled individual sets of tenure charges in late January 2018 against Cartwright, Rose and Sanchez, which the board then certified to the commissioner of education for arbitration. Each counselor was suspended a second time without pay and benefits for 120 calendar days pending the hearing and determination of the charges.

After substantial delays, the hearings finally began in May 2019 before a commissioner-appointed arbitrator. The board spent 13 days presenting its case urging the dismissal of the counselors and removal of their tenure. The business administrator acknowledged that the board had spent over $3 million from the initial filing of tenure charges to the day the board rested its case that May.

Cartwright, Rose and Sanchez renewed requests that the charges be dismissed a second time. This time, however, the counselors’ contentions were based on substantive rather than procedural grounds.

Each counselor asserted that the board had not met its burden of proof by a preponderance of the credible evidence to demonstrate that they had engaged in any willful, knowing and fraudulent activities that had a deleterious impact on students and the school district. That was the standard of proof that had guided the review and determination of the charges. 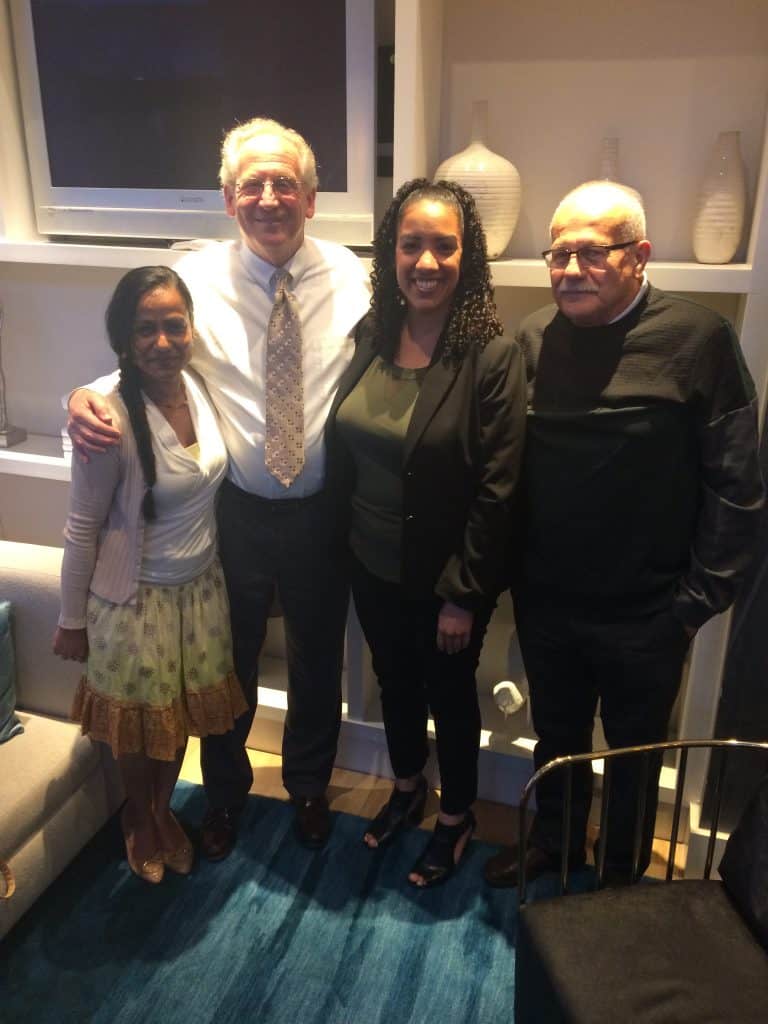 The arbitrator dismissed each and every one of the over 400 charges that had been filed against the counselors. The arbitrator’s decision noted that the actions of the board had “initiated a tsunami of collateral harm to its employees placed on paid administrative leave, to the district’s reputation, and to many of its high school students.”

Each counselor was ordered a second time to be reinstated to their tenured guidance positions, together with back pay, and all other statutory and contractual entitlements. The tenure charge provisions of the TEACHNJ statute mandate that the Arbitrator’s Decision and Order are final and binding.

Cartwright, Rose and Sanchez, along with the two nontenured counselors, who were suspended and nonrenewed by the board, and the social worker, who had her tenure and seniority rights determined in a separate administrative proceeding before the commissioner of education, have individual lawsuits pending against the board and superintendent. They allege that the tenure charges and other actions taken by the board and the superintendent were done so in violation of the New Jersey Conscientious Employee Protection Act as retaliation for their whistleblowing activities.

“Before this happened, I was one of those people who paid my union dues, but I really didn’t think I needed a union,” Cartwright said. “I thought if I followed the rules, I’d be OK, and if anything happened I could defend myself. Now I tell people, ‘You need to join the union.’”

“I wouldn’t have had a fighting chance without NJEA,” Rose concluded. “I could never have afforded to pay an attorney for three years to look at 60,000 records. Our first meeting with him was five hours. He listened to everything and took the time to understand us. Most of my emails to him were 10 pages long! I’m very grateful to him, ETA, and NJEA.”