Several sixth grade students at Auten Road Intermediate School in Hillsborough were having conflicts at recess while playing Four Square, a popular playground game among preteens. Arguments often broke out about the rules, roles, turn-taking, and other aspects of the game. They tried to agree on rules each day at recess, but spent so much time each day arguing over what those rules should be that there was no time to play. The students were frustrated. They spent most of their 20 minutes of recess arguing with each other, and the lunch aides were sometimes forced to intervene. The students were nearly banned from playing Four Square.

In addition to this being a problem at recess, students found this was affecting their friendships. They wanted to enjoy their recess time with friends, but the conflicts and disagreements were making recess tense and stressful.

When the students developed their first set of rules, these were not perceived as fair to all players. Much like the Articles of Confederation that preceded the U.S. Constitution, they failed to provide a permanent solution to the problems on the playground. A rule that may have seemed unfair to one student was perceived by another student as an extremely important and necessary component to the game.

There was so much arguing that, once again, students had much less time to play than they would have in a smoother game. The attempt to fix the problem at recess was time consuming, leaving Four Square players with only about five game rounds per recess. The students eventually decided that they had to write down clear, solid rules so that there was a fair, agreed-upon process in place to interpret the rules when disagreements arose.

Student Sareen Muthyala suggested creating a shared document of clearly defined rules and roles using Google Docs, a free, online alternative to Microsoft Word that provided all students access to the rules being created. Students at Auten Road have school-issued Chromebooks, and they are comfortable with collaborating on a document. Students Bhavya Patel and Ethan Miller helped create the platform that would mirror the United States Constitution, which the students were studying at the time.

Bhavya created the constitution and shared it for editing with just a few fellow students. While he wanted to get feedback from peers before sharing it with everyone, this decision unintentionally caused conflict over who should be able to edit the document. Some students refused to support the ratification of the Constitution without being able to provide input via editing rights. The obvious solution was taken, and everyone was given editing permission. The Four Square Constitution was completed with the understanding that there would be future opportunities to add amendments, just like the U.S. Constitution.

Angela Cleveland is a Grade 5-6 school counselor in Hillsborough. She can be reached at ACleveland@htps.us and followed on Twitter at @AngelaClevelan1.

Some advice from the authors

Are you having a conflict at recess? Below is some advice from the authors of the “Four Square Constitution”.

You should never argue about something that will not affect you a minute later. – Jacob Anagnostis

Staying calm is very important. If you get very upset and argue, everything will get out of hand, making the conflict even worse. – Dan Le

The majority rules. If the majority of the players think you’re out, then you’re out. This would help because you can actually play more instead of arguing for most of the game. – Alexander Lin

Go with the flow! Don’t get down if you keep getting out. Focus on the fun of playing and not just getting to be Ace. – Devin Midha

Try to be the guy who does not rage. If people think you’re out, even if you think you clearly weren’t, just get out. (This goes for all games, not just Four Square.) – Ethan Miller

If you’re having a conflict in any game, gather with friends and create a plan. With this, you and your friends could have more games, time and fun.

Be the one to take action. Be the leader. Don’t be afraid. Create a set of rules. If no one agrees, go to another court (or game) and say that you could only play with those rules. – Bhavya Patel

If no one can agree on anything, or the majority is half and half, just retry it and start again before things get out of hand. Take a vote to be fair! – Alex Villa

We the people, in order to have a more fair and suitable game, establish a clear set of rules, and ensure there will be no further arguments at recess and increased play time.

These laws will be made for fair serves, hits, spikes, getting out, re-dos, popcorning, and Ace responsibilities.

There are no super spikes.

There will not be serves that involve super spikes.

There will be no constantly targeting any one position or specific person other than Ace with powerful and/or hard to return shots.

The Ace cannot serve a spin.

There are NO outs on serves.

The Ace will never, in any case, be given extremely large amounts of power.

The Ace, in no case, will ever act as a judge, especially in cases that involve him or her getting out.

Raging will result in your being cut by the next person in line.

The Ace is the only position that is allowed to be targeted continuously.

You cannot hit at the legs of a player.

If you intentionally hit with your legs and get out because of it, you cannot make the last person who hit the ball get out for “hitting it at your legs.”

You cannot hit the ball in a way where it is too low to return.

Re-dos are not allowed unless there is an inexplicable incident. Whether an incident can be explained or not rests on the shoulders of the majority.

Those who are not currently in the game must be in a straight line that starts behind the crack in the pavement and goes towards the school.

The first person in line has to be four feet away from the court so plays won’t be bothered by people being too close together.

Popcorning is only allowed if someone spikes or shoots a shot towards you that is hard to return. Any other popcorning is illegal and goes against the rules.

These laws are for positions and power of positions circumstances.

Clause 1: Positions and their power

The Ace serves the ball and is considered to be the highest and most desirable position.

The King is the position directly below the Ace. It is of no strategic importance.

The Queen is the position that receives the serve, which can be extremely beneficial if properly used.

The Jack is below the Queen, and, like the King, is of no strategic worth.

Those who are out, like all of the other positions, have a say in whether someone is to be out or not.

The Four Square Constitution continues with ratification procedures and the definition of terms such as “Ace” and “popcorn.” 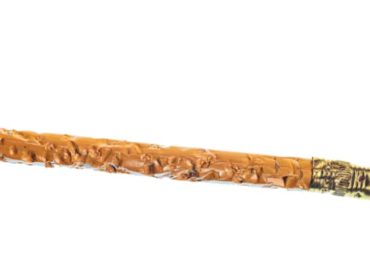 Why children chew on everything during class