Gov. Phil Murphy visited the Acelero Learning Center in New Brunswick on June 6 to showcase his administration’s commitment to funding pre-K through 12 education.

“North Brunswick is representative of one of hundreds of school districts throughout New Jersey that struggled for years because they were underfunded,” said Murphy.

Under modifications to the adjustment aid of the school funding formula approved by the Legislature and signed into law by the governor last year, state aid for education is scheduled to increase over the next six years, presenting a continued need for additional revenue. 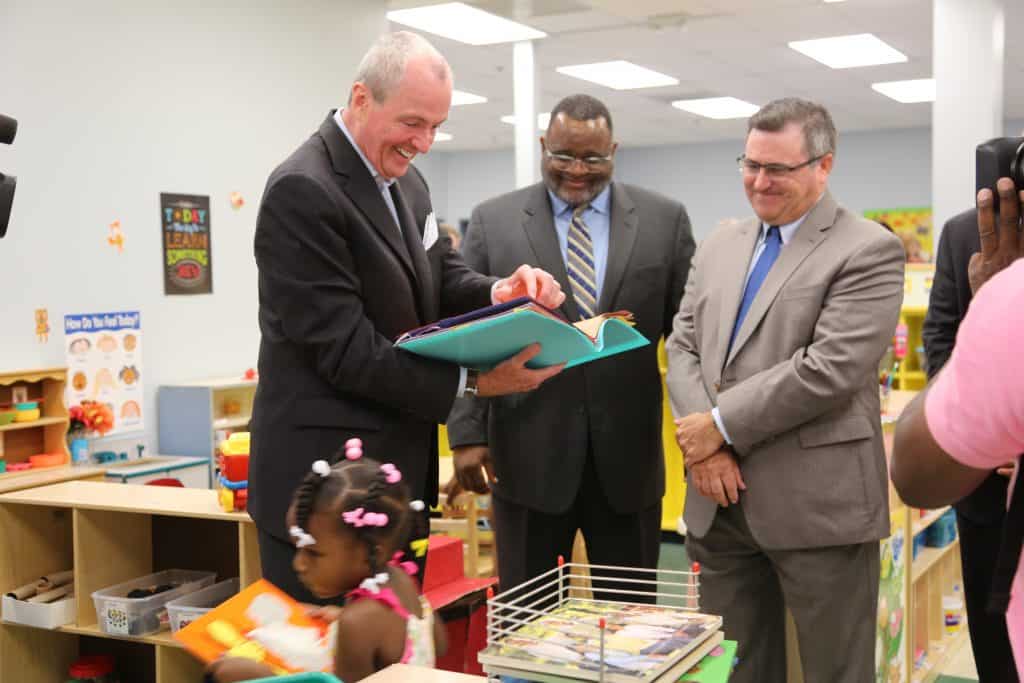 Murphy and New Jersey Commissioner of Education Lamont Repollet also announced the creation of a new freestanding Division of Early Childhood Education within the state’s Department of Education, which will be directed by Cary Booker, senior education policy advisor in the governor’s office.

“I welcome the opportunity to focus my efforts on deepening the impact of pre-K education in New Jersey,” said Booker. “I’m excited about our investment in early childhood education, and I know this will improve the lives of countless young people.”

Early childhood education had previously been its own division within the Department of Education, with its own assistant commissioner, but in 2011 it was placed under the Division of Academics and Performance.

“Elevating early childhood to its own division signals the importance of this issue to the administration,” said Repollet. “This move will provide greater resources in our campaign to improve and expand preschool programming for more and more children throughout New Jersey.”

“Time and time again, educational studies show that it is most critical to reach our young learners in early childhood,” said NJEA President Marie Blistan. “Maintaining a focus on this population of students is long overdue. We are very encouraged by the efforts of Governor Murphy and Commissioner Repollet to devote increased resources to pre-K education in New Jersey.”

The governor’s proposed FY2020 budget would not only allocate an additional $68 million for preschool funding, but it would boost K-12 aid to schools by another $206 million—for a total of $15.4 billion in state spending for pre-K to 12 education.