Historically, those unaware of the hazard had used it casually. Many remember being given mercury to hold in their palm. In many cases, mercury was spilled or washed down a drain during this kind of play at home or at school.

When exposed to the air, mercury metal vaporizes at room temperature where it may be breathed into the lungs. The warmer the temperature, the more quickly the mercury gets into the air. Mercury can also be absorbed through the skin.

If spilled mercury is not completely cleaned up, it spreads around on shoes, clothing, hair and other objects leaving behind tiny drops of mercury metal. Mercury can contaminate school buildings, grounds, vehicles, and homes. It can settle in cracks and porous surfaces like cloth, carpet, or wood, slowly emitting vapors over a long period of time. It is difficult and expensive to properly clean up spilled mercury.

Getting liquid mercury completely out of schools is the best spill prevention.

During 2002-07, mercury was the most commonly reported chemical released in U.S. schools. Almost 30 percent of incidents were reported by 15 participating states. There were 135 releases reported with 77 evacuations.

Two major causes of mercury spills at schools are improper storage and mishandling. The U.S. Environmental Protection Agency (EPA) encourages schools to prevent spills by removing all mercury compounds and mercury-containing equipment, and by discontinuing their use.

Where liquid mercury is found

Containers of liquid mercury might be found in science classrooms or storerooms. Mercury may still be used for demonstrations or simply stored for many years without being used. Sometimes children or adults bring mercury into schools as a novelty, for demonstrations, or as part of cultural rituals. Mercury-containing devices might be brought into the school by contractors, guest speakers, parents, staff, or students.

Eleven states, but not New Jersey, have enacted legislation that bans or requires reduced use of mercury in schools. For example, New York prohibits the use, purchase, and storage of mercury and mercury instruments in schools. Mercury instruments may continue to be used if no reasonably acceptable mercury-free alternative is available, as long as the mercury instrument used has the lowest mercury content available. The law directs the New York Commissioner of Health to compile, produce, and distribute material advising schools of the hazards of elemental mercury and how to reduce such hazards. These are available online.

Mercury is a substance that can produce a wide range of health effects to the brain, spinal cord, eyes, and kidneys, depending on the amount and timing of exposure. At high doses, mercury exposure can cause tremors, inability to walk, convulsions, and even death.

At levels more commonly seen in the U.S., mercury exposure effects include more subtle yet still serious damage to the senses and brain. Repeated exposures to low levels of mercury vapor over long periods have been associated with irritability, impulsiveness, drowsiness, impaired memory, and sleep disturbances. These effects may occur at lower levels of exposure in children than adults.

Districts must provide and pay for personal protective equipment

Noise in schools – hazards and solutions 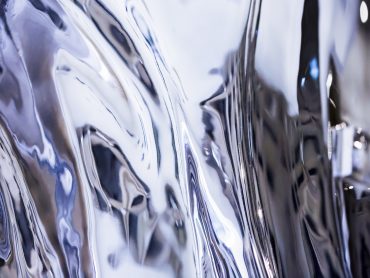 Get the word out: Check those gym floors for mercury

By Dorothy Wigmore "Local leaders should ask the administration about those rubberized floors," says Tracie...