As her house lay in ruins, devastated by a house fire, East Orange Maintenance Association member Yakima Thomas didn’t know where to turn or what to do to help her family get back on their feet. Unfortunately, it’s a feeling all too common that many people have following such an experience. Thomas found a silver lining in the wreckage, in the form of support from her school community and her union.

In 2012, following the destructive impact of Superstorm Sandy, many NJEA members and their families, several shore area schools, and a large part of their student population were displaced, their lives upended by the hurricane. NJEA created the NJEA Disaster Relief Fund (originally named the NJEA Hurricane Sandy Relief Fund) to step in and help schools and especially our members get back on their feet. Since then, the fund has been used to support schools damaged by fire or flood waters and for individual members who were hit by catastrophic events.

“When I heard that one of my EOMA members was a victim of a devastating house fire a few weeks ago, I knew immediately that we, her EOMA and NJEA brothers and sisters, would want to do something to help her family in their time of need,” said Kimberly Scott-Hayden, President of EOMA. “We wanted Yakima to know that her union was here for her.”

“I am proud to be a part of a union that recognizes our members’ needs during times of personal strife and during times that may impact the whole school community, and that we can be there to help them find solid ground again,” said Sean M. Spiller, NJEA Vice President. “It’s a true testament to our members who gave generously when we started the fund so that fellow members can find a silver lining during their tragedy.”

Thomas and her family are currently living with temporary housing in Bordentown. It could be anywhere from six months to a year before she will be able to return to her home.  She is overwhelmed by the outpouring of generosity she has received from her fellow union brothers and sisters, Scott-Hayden states, “She is appreciative of the acts of kindness. She says it is hard but with the love of family, friends and her union, the NJEA, she will prevail.” 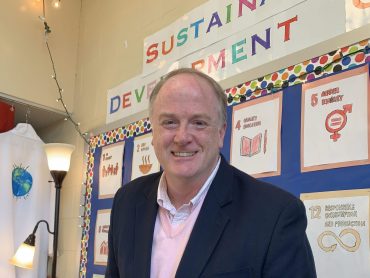 Michael Dunlea is one of 50 educators named worldwide, one of five in US Tabernacle Elementary School... 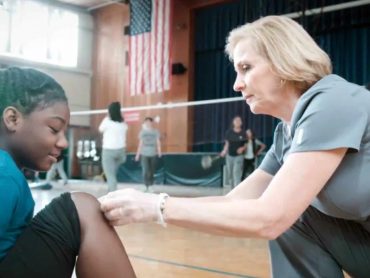 Learn more about how to protect yourself and your family from viruses such as COVID-2019, commonly known as... 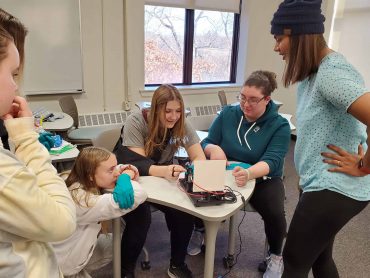 More than 200 Sussex County freshman girls were encouraged to “dream big” as they participated in a Women...