New Jersey residents rarely pay as much attention to the governor’s annual State of the State address as they do its national counterpart. It usually is delivered in the middle of the day in the middle of the week. And while NJTV provides considerable coverage during the speech and in its evening newscast, the New Jersey-based network competes with local news in New York and Philadelphia, which do not devote much time to state government unless bridge traffic is involved.

But if you did hear the speech on Jan. 14, you know that there was a lot to like for those who work in the state’s public schools.

Early in the speech, Murphy boasted of New Jersey’s educational success crediting the whole school community—not only teachers but everyone who makes our schools do so well. Throughout the State of the State, every time Murphy spoke about education and educators he intentionally included educational support professionals (ESPs)—the bus drivers, secretaries, custodians, food service professionals, paraprofessionals, security officers, and every other staff member who makes up the school support team.

“Our public schools are ranked as the very best in the entire country,” Murphy said. “Let’s thank our public school educators and educational support professionals, who do this outstanding work every day.”

Soon after, he singled out NJEA by name.

“In this 401st year since the first enslaved Africans arrived on the shores of this continent, we’re committed to furthering the work of the Amistad Commission and the NJEA Amistad Stakeholder Group to ensure that the African American story is made real not just for all our students, but for our educators through the new Amistad Journey program,” he said.

In fact, Murphy attended the most recent NJEA Convention, primarily to help the NJEA Amistad Stakeholder group announce the Amistad Journey. Modeled after the Holocaust Commission’s tours of European sites of the Holocaust, the Amistad Journey will guide educators through educational tours of sites in Africa and the United States that were central to the trans-Atlantic slave trade.

Murphy also addressed the restoration of $500 million in formula-based aid to public schools, the elimination of lead in school water supplies, tuition-free community college, and the integration of climate change education across K-12 curriculum standards—a concept introduced by the New Jersey Department of Education at the Jan. 8 meeting of the State Board of Education.

With the new legislative session underway, Murphy indicated that he will continue to fight for job justice for ESPs and relief for all school employees from the exorbitant payroll deductions caused by Ch. 78. He noted that working with state workers, the state was able to reduce health care costs without sacrificing the quality of health care.

“Let’s not forget that the overwhelming number of our educators and ESPs are New Jersey property taxpayers,” Murphy said. “This is the kind of win-win-win approach we need as we continue taking on the root causes of our high property taxes and seek to bring stability and relief to our middle class and seniors.”

The governor understands that keeping our public schools strong requires treating school employees with respect. From the start, Murphy has been a champion of New Jersey’s public schools and the dedicated professionals who make them the best in the nation. He’s invested in public education, from preschool through college, and is working to restore full funding to all schools. He recognizes that strong public schools are the key to building a stronger, fairer New Jersey for all of us. 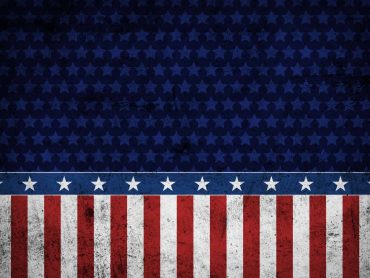 What should a local leader say during a national crisis?

Reflections of a local president on Jan. 6 On the afternoon of Jan. 6, I was in a meeting when my cellphone... 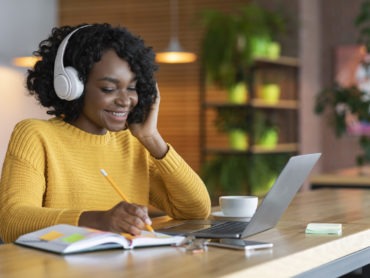 Five ways to implement social-emotional learning in the classroom

By Kevin Dippold, NJEA Preservice, Rowan University There are very few, if any, careers that require its... 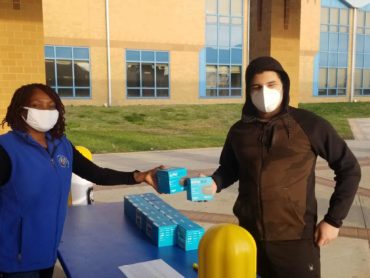 By Kathryn Coulibaly Carla Davis-Smith was concerned about her students. As the secretary to an assistant...