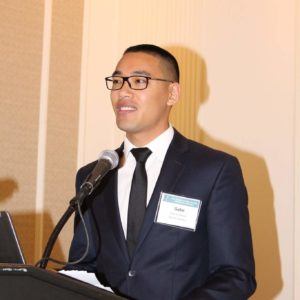 NJEA early career member Gabe Tanglao was the keynote speaker at the Massachusetts Education Association’s 2016 Ethnic Minority Affairs Committee Conference.  Gabe is the Treasurer of the Bergenfield Education Association in Bergen County, where he teaches Economics.  After presenting the keynote speech, Gabe hosted a World Cafe titled “Real Talk With Emerging Leaders.”  Gabe learned Art of Hosting techniques such as the World Cafe through his work with the NJEA early career member network.

The full text of Gabe’s speech is below.

“Thank you sisters and brothers of the mighty-mighty MTA!

Thank you for inviting me here to join you during this critical time.

Thank you to your fearless leaders President Barbara Madeloni, Vice President Eric Champy, and the inspired members of the Ethnic Minority Affairs Committee for your vision and work in organizing this very special weekend.

I know it will be a very special weekend, based on the evidence right in front of me.

I see a room full of powerful educators who are ready to deepen the conversation about institutional racism to be more conscious and informed for our students.

If the following statement applies to you, then I ask you to respond.

Am I in a room full of powerful educators? … who are ready to deepen the conversation about institutional racism? … to be more conscious and informed for our students?

Then, I am in the right room. I can see it. I can hear it. Deeper still, I can feel it.

There is something special in this room.

But I need your help to uncover it.

Would you please join me in what is called a solidarity clap?

Like most movements, it starts off slow and sporadic.

But as you listen to the sisters & brothers around you, you will pick up speed & build momentum into a thunderous applause.

So, let’s begin by busting the myth of racial superiority.

Race is a social construct.

How many Language Arts teachers are in the room? World Language? Elementary School Teachers? [See Hands]

What comes to mind when you think of a race?

Perhaps, you visualize a track, a road, or a finish line.

Can you see the joy in the face of the winner? Or do you picture the disappointment of the losers?

Before the discussion begins, this linguistic framework already exists in our minds. Race.

How many science teachers are in the room? Math? Social Studies?

Fill in the blank.

All humans are ___ % genetically similar.

So, why does that matter?

Despite our skin tone, body type, or facial features no one race is inherently superior.

On the contrary, it is our personal experiences, social and economic conditions, cultural history, and spiritual roots that shape each individual to be beautifully diverse.

We also know in nature, that biodiversity is an indicator of a healthy ecosystem. In other words, diversity is a sign of good health.

And in human populations, genetic diversity helps limit the spread of disease. In other words, diversity is a key to human survival.

So, diversity is beautiful, healthy, and a key to survival. This is one way we can deconstruct and reconstruct race.

Let’s go deeper, shall we?

These are pictures of my niece Mia and nephews Gabriel and Zack.

They are a gorgeous mix of Irish, German, Filipino, Dominican & Puerto Rican ancestry.

I stand before you this evening the son of two loving parents both of whom migrated from the Phillipines.

Who here has heard of the Philippines?

For those of you who have not… The Philippines is a developing country in Southeast Asia. It’s an archipelago that consists of over 7,500 islands. Only about 2,000 of the islands are actually inhabited.

If you look closely at the flag you will see a gold star in each corner of the triangle, which represents the three main islands of Luzon, Visayas, and Mindanao.

Do you also see the sun at the center of the Triangle? The eight rays on the sun are also significant.

They represent the first eight provinces to revolt against the Spanish Colonial government.

We are friendly, but fierce.

In fact, the famous explorer Ferdinand Magellan… have you heard of him? He was the first man to sail from the Atlantic to the Pacific. Magellan was killed by a Filipino tribesman.

Although, we were colonized by the Spanish and ruled for 333 years of our history, we never lost our spirit.

So, to my Latinas & Latinos in the room, when I say our greeting Kumusta, don’t think that I’m mispronouncing Como Estas.

And when you see me on the dance floor, don’t be surprised that this Asian brother has rhythm.

Race is a social construct.

When we truly start to see how our deepest ancestral roots connect our human family, then race, as a problem, easily melts away.

But the questions remain.

Why is race still so divisive in the year 2016?

Is America really as ugly and morally bankrupt as it seems?

In what ways can educators be the key to unlock the truth of our collective history to begin the healing process, and transform our social, economic, and political institutions?

We have all felt that cold chill of discrimination in some form, whether it was about our race, gender, class, religion, sexual orientation, age, or ability.

But I challenge you all to think beyond your personal experiences and connect the dots to a bigger picture.

From the day Christopher Columbus brought genocide to the Arawak Natives to today’s protest at Standing Rock North Dakota;

From the day the first person was kidnapped from the shores of Africa to the Black Lives Matter Movement;

From the Chinese workers who built the Transcontinental Railroad to the Immigration and Customs Enforcement or “ICE” Raids that separate and destroy families;

From Japanese Internment camps to Islamophobia;

The Race-system has conquered, enslaved, oppressed, and exploited people of color. [Slide 8]

Does this picture look familiar?

This is the Boston Massacre.

Can you name the person in the center?

The person being shot… is Crispus Attucks.

Crispus Attucks was born right here in Framingham Massachusetts, the son of a Native American mother and Enslaved African father.

Crispus was the first casualty of the Boston Massacre, which sparked the American Revolution.

Think about that for a moment.

Half Native American. Half African. The first casualty in the war for American freedom and independence. [Long Pause]

But where is the system?

Enter John Adams, a lawyer at the time, defends the officers who committed this violence on behalf of the British state and gets them acquitted of all charges.

This man, John Adams, goes on to become the second President of the United States.

We must ask ourselves critical questions like… what is the relationship between our systems, including the legal system, police institutions, education, housing, public health, the prison industry, and other institutions that leads to these alarming statistics:

America – less than 5% of world population owns almost 25% of the world’s known prisoners… more than Communist China, Russia, or Iran.

Nearly 60% of prisoners are Black and Hispanic despite being only ¼ of the US population… huge disproportionality.

Nearly $600 billion in U.S. military spending each year as schools across the country go underfunded, especially in struggling communities.

The purpose is to divide and control.

The census projects that the “white” majority will be the new minority by 2050.

It is no surprise that there is this deep political backlash doubling down on the status quo of inequity.

But to find the root of this tangled tree, sisters and brothers, just follow the money. [Slide 13]

We know this story.

The wealthy get wealthier.

We remain pitted against each other, divided by race, gender, class, religion.

Conflict feels like chaos, which must be ‘controlled’ by the state.

But laws created by whom? Legislators?

Legislators funded by whom?

Paid for by… whom?

But what if… What if educators shielded by their unions, armed with science, and math, and language, and history, and arts, and culture, and music, and truth… in collaboration with the communities fighting for social justice, and economic justice, and environmental justice, and peace, and human rights… started a revolution!?

A revolution of the mind.

A revolution of the soul, for the soul of our country.

Who is our modern day Crispus Attucks that will sacrifice their life to spark a new American Revolution?

Sisters and brothers, this not a rhetorical exercise.

And if racism is the weapon that seeks to destroy us, then solidarity is our fortress. [Pause] [Slide 17]

We must build our fortress so strong and impenetrable that the enemies of public education will need more than a Donald Trump or Billionaire Betsy to defeat us.

They will need more than profitized tests, or pirate charter schools,  or gouger vouchers.

They are mercenaries plundering for loot.

No wonder they call them “charter” schools.

They should call themselves Columbus Charter, or Conquistador Charter, or Middle Passage Charter or better yet… Magellan Charter.

Because we are friendly… but fierce. And we will not lose our spirit even if it take 333 years of resistance!

Our fortress of solidarity must be so tall that it towers over the state house of Massachusetts!

Our fortress of solidarity must be so wide that it covers every corner of the United States of America!

Our fortress must be so deeply entrenched into the core of this earth, that it can protect every… single… child… that deserves their human right to a free quality education.

Are you ready to build this fortress of solidarity?

Are you ready to start a new American Revolution?

Are you ready to deconstruct this Race-system?

Then I ask you to join me for one more solidarity clap.” 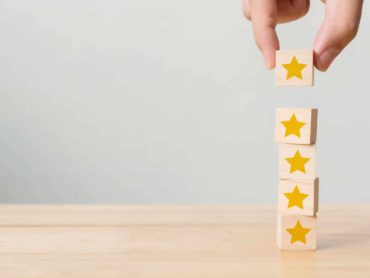 By Hannah Pawlak You are a hardworking educator. You go to work every day, you come prepared, and then …... 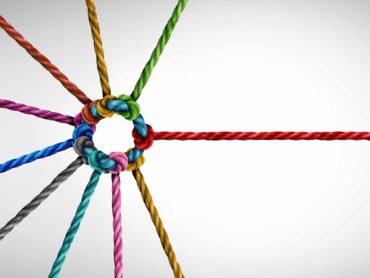 Building and relying on community as an early career member

By Rob Mangel Anyone who has walked into a school building knows that it brims with energy. Throughout the... 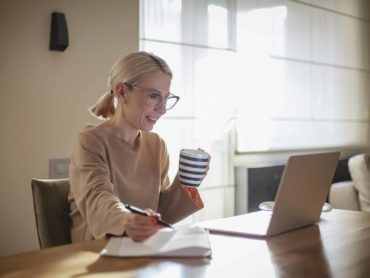 By Mariah Belber When you hear “NJEA Early Career Network,” chances are your first thought is of the...