Without meaningful relief from the crushing cost of imposed health care contributions, current district educators cannot afford to continue working and prospective educators will not be willing to come to Franklin Lakes. The students in Franklin Lakes deserve the kind of schools that only dedicated professionals like the members of the FLEA can provide.

The educators in Franklin Lakes are not alone. Throughout New Jersey, educators are struggling to make ends meet as a result of the unsustainable health care costs imposed on public employees in 2011. Many educators are taking second and third jobs. Some are questioning whether they can remain in the profession they love.  Others have already left, while enrollment in teacher preparation programs has plummeted.

To ensure that our students continue to have great public schools that are ranked among the very best in the nation, New Jersey’s elected leaders must fix the problem that was created by lawmakers in 2011. That will restore stability to our schools and allow our fellow educators across the state to continue the work they love and do so well.”

Here is the statement from the Franklin Lakes Education Association:

The Franklin Lakes Education Association (FLEA) is in a labor dispute with the Franklin Lakes Board of Education. The members, employees of the board of education, been working under an expired contract since July 2017.

Today, the 267 members of the Franklin Lakes Education Association take to the streets in the first strike in the town of Franklin Lakes, signaling the breakdown of negotiations between the FLEA and Franklin Lakes Board of Education.

FLEA’s fight for affordable health care and a fair contract settlement that ensures stability and continued great schools for their students remain the pivotal issues.

The two parties recently received the report from the Public Employee Relations Commission (PERC) appointed fact-finder, published just after Memorial Day. The report is non-binding, and the association has rejected the report, citing regressive recommendations made by the factfinder. Meanwhile, the association could be starting a third year under an expired contract in September if matters do not get resolved.

The members of the association remain committed to their students and school community. The students are their number one priority and they always will be. Unfortunately, the parties have not reached a resolution in their negotiations.

It is the association’s assertion that the Board of Education has unnecessarily prolonged contract negotiations to continue to use our diminishing salaries as a source of tax relief for a community that is already one of the lowest taxed in Bergen County. The Board also continues to misrepresent the facts as they have occurred throughout the two years since negotiations began in March of 2017. The Franklin Lakes Education Association announces an overwhelming vote of no confidence against the Franklin Lakes Board of Education.

“The students and community deserve better,” said FLEA president, Sharon Milano. “My members, the teachers and support staff in our schools, deserve better. Time and time again this board of education has failed us. Although we are ready at any point in time to return to the table with the board, I cannot expect my members to settle for anything less than what they deserve. Our dedication to our students and this community require us to stand up for the future of our schools.”

There are a growing number of districts in Bergen county that have already offered fair and competitive contracts to their employees; Oakland, Ridgewood, Allendale, Waldwick, Lyndhurst and Mahwah, all of whom have agreed to a lower, permanent cap on the percentages paid by their staff (26%) to provide economic relief. This has not been the case in Franklin Lakes, where those staff members at the top of the guide pay as much as 35% of the premium.

The Board of Education has acknowledged on two separate occasions that they have the means to meet the association’s financial requests. In fact, the board has not made a competitive offer, despite their claims to the contrary. The Board has recently proposed extending their contract proposal from 3 years to 5 years. Without permanent chapter 78 relief and an increase in current salaries, the Board’s proposal will prolong the financial losses felt by the members of the association. FLEA cannot and will not accept such a deal.

Despite numerous appearances at Board of Education meetings, where association members have shared their financial struggles and a need for more reasonable levels of insurance contribution, the association was told that while the Board would like the FLEA to be the best paid teachers and support staff in the state, their primary concern is their taxes, and that association members should contact legislators instead.

Franklin Lakes teachers and support staff have been doing exactly that, along with their colleagues around the state. Each Wednesday, there is a statewide show of solidarity called #RedforEd, where public educators act in support for legislation that will change the formula for insurance contributions, as well as grant “job justice” to support staff, such as our paraeducators and administrative assistants. Members of the FLEA have also been writing to and calling legislators, urging them to pass these bills.

Franklin Lakes remains the third lowest taxed community in Bergen county, with an average home value assessed at $1,053,834 with an average tax bill of $17,239. This is considerably lower than the taxes in surrounding towns where salary increases and more reasonable insurance contributions have been settled upon between school boards and education associations. Oakland recently ratified a contract where teachers were offered a 3.1% increase for three years and a more reasonable insurance contribution rate that does not sunset with their contract. The Franklin Lakes Education Association seeks the same. In the meantime, FLEA members are making every effort to getting this dispute resolved, and the negotiations teams remains available at any time to meet with the board of education. 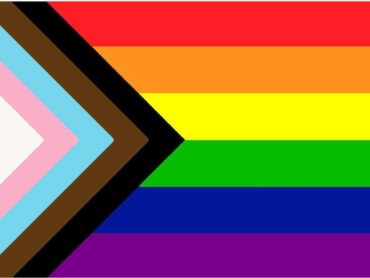 By Amy Moran, Ph.D. and Kate Okeson “Rainbow Connection” is the new NJEA Review column that focuses on...

Karly Rabinowitz is a senior at The College of New Jersey (TCNJ). She is studying special education and...

Olivia Haas is a senior at The College of New Jersey (TCNJ), where she is studying mathematics secondary...