“We stand in solidarity with the members of PBA Local 24 in Atlantic City, and with all public employees there who are being targeted by the Christie Administration. He is using the city’s fiscal challenges as an excuse to violate the collective bargaining agreements the city entered into through a fair, legal bargaining process.

“The members of Local 24 provide a critical public safety service to the residents of Atlantic City. They risk their own safety to protect the city. They deserve thanks and respect, not dishonesty and broken promises.

“The state will fail in its effort to restore Atlantic City’s fiscal reputation if it begins that work by showing that it will not honor the city’s contractual obligations. That casual disregard for legally binding contracts sends a very dangerous message to anyone considering entering into any financial agreement with the city.

“After seven years, it’s time for Chris Christie to show that he can actually solve problems and not just scapegoat public employees. If he and his hand-picked people in Atlantic City cannot figure out how to honor the city’s legal obligations, then he has no business there in the first place.

“Atlantic City will not recover from its current challenges unless it treats with respect the men and women who work hard every day to make the city a safe, livable environment for its residents. That begins with honoring their collective bargaining agreements.” 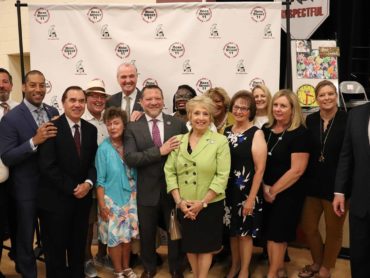