This summer, NJEA made a bold and unprecedented move to organize its members through the Summer Fellows program. NJEA organized a cadre of members—some full-time, many part-time—to connect and empower themselves and other members, while teaching valuable skills that can be used to propel us forward as an association.

The Summer Fellows program was born out of the need to engage NJEA’s entire membership and its allies in public-sector unions in a massive campaign to support the passage of a constitutional amendment that would require the state to pay its share into the state’s pension funds. NJEA’s polling research over the years reveals that, as members, most of us see NJEA as a service provider for our needs rather than as a means to organize us for unified, transformational action. But to ensure the passage of the constitutional amendment, NJEA would have to change that mindset and the way it engages with members.

At the first day of our Summer Fellows training we were told that NJEA was shifting its style of unionism from that existing “service model” to an “organizing model.” The organizing model informs members of problems and involves members in solutions. A major benefit in this model is that it encourages members to be proactive and gives us a high sense of ownership. The Summer Fellows program was run through NJEA’s Organizational Development office. As we look back over the work done this summer by the 300 full- and part-time Summer Fellows we can say with conviction: this new organizing model works.

NJEA divided full-time Summer Fellows into several offices. A regional lead position was created for each office, as well as office, phone bank, canvassing and volunteer leads, and organizers. Part-time Summer Fellows signed up for shifts and chose what office they wanted to work in. Some offices, such as the higher education UniServ office in Hamilton Township, had smaller groups of members. The number of Summer Fellows Edison, however, was so large that NJEA created an additional office in Orange.

In seven offices across the state, bonds of respect, mutual admiration and friendship were forged between teachers, educational support professionals, preservice members, retirees and NJEA staff. We thrived as we shared our knowledge and experience with one another, and we grew into a force to be reckoned with. Having this dynamic was critical because it adequately represents our members as a whole.

Collectively, Summer Fellows made more than 130,000 phone calls to NJEA members. We knocked on 5,000 members’ doors, organized and attended four rallies and a lobby day. We worked with local public education-friendly businesses to set up tables and talk to NJEA members as they shopped. We held small informal membership meetings all over the state.

During our training, NJEA Assistant Executive Director Steve Swetsky told us that we would build the plane as we’re flying it, and that’s exactly what we did.

“My team members walked into the Stanhope office on Day One and looked at me as if I knew what I was doing!” recalls Regional Lead Heather Sorge. “Boy, were they wrong! But we figured it out together.”

Our offices held a variety of discussions giving all Summer Fellows an opportunity to build the program. Overall, the members involved in this program found it to be so much more than they ever hoped for. One common sentiment was that members felt their needs and contributions were validated by their union.

Sorge explains that while some of Summer Fellows were initially drawn to the work as a summer job, they became so invested that they started making phone calls from home while off the clock.

“Many Summer Fellows felt that for the first time in a very long time that they had hope,” Sorge said.

Acting at a moment’s notice

As regional leads we were given autonomy to make decisions at a moment’s notice. We changed things as we went along, finding what worked best. At first we spent most of the weekdays making phone calls to members, but soon we added weekday canvassing because we found many NJEA members were home and happy to talk to us.

On Aug. 2, the regional leads held a conference call, discussing how Senate President Steve Sweeney had not yet posted SCR-2. That resolution was the final step needed to place the constitutional amendment on the November ballot. The regional leads decided to organize a protest rally outside of Sweeney’s West Deptford office for the next day.

Within two hours, Summer Fellows had posted the protest information on various social media sites and on our own personal pages. We called the township police. We spoke with the local businesses on whose corner we stood, even offering to buy pizza from them in exchange for us gathering on their lawn. We contacted local media. Twenty-four hours later we had over 200 NJEA members from all across the state outside Sweeney’s South Jersey office, including NJEA Vice President Marie Blistan.

When Sweeney still did not post SCR-2, we planned a rally on the steps of the Statehouse for Aug. 8. The annual NJEA Jim George Summer Leadership Conference was in full swing at the East Brunswick Hilton, so we organized three full busloads of NJEA members attending it to come to the rally. Other NJEA members and their families from across the state also gathered outside the Statehouse. Over 300 of us were outside, loudly telling Sweeney that we were done with his delays.

We were momentarily crushed when the Aug. 8 deadline to pass SCR-2 came and went without the resolution being posted. But we went right back to work. The Trenton team created a new script for canvassing. The script was focused on listening—we started asking members what mattered to them.

The response we got from that script is one of the most telling things that happened this summer. Some offices had members going out to canvass every day, using this script. We heard over and over that for some members our locals are often so engaged in important local issues, such as securing a contract, that there is precious little time to organize for matters that affect the entire state. This has led to breakdowns in communication from the state to the local level.

The Summer Fellows were visible and easily contacted by other members through social media. At one point we were contacted about Gov. Chris Christie’s refusal to fill a labor seat on the School Employees’ Health Benefits Commission. A member suggested we should all be making calls to Christie’s office.

After a brief discussion and learning session on the issue, thanks to our Summer Fellows who are retirees, our calls were amended to include asking members to call Christie’s office. We also started making calls to Christie’s office in between every phone bank call. We listened to other members and brought forth their concerns. We overwhelmed his phones.

One day, through a Facebook message, my friend and fellow Freehold Regional Education Association member Brian Ducey wrote that he just found out Christie was having a town hall meeting in Bordentown. The town hall meeting would be right down the street from his house. He wanted to know if the Fellows could do something about that.

I put out a call to the other regional leads: Colleen Curren, Tina Dare, Marie Corfield, Heather Sorge, Brian Rock, and Gene Woods. Within minutes, we started organizing another protest against Christie and his anti-public education, inherently unfair “Fairness Formula” campaign.

We wrote a press release together and sent it out to media. The Summer Fellows gathered with other NJEA members who lived locally, including Trenton Education Association members and TEA President Naomi Johnson Lafleur.

We changed the headlines that day. If you do a quick online search of the words “Christie,” “Bordentown,” “town,” and “hall” the first six hits are articles about the protest against him that day. We made a significant difference in how the media covered the town hall.

One of the things we did as individuals was to have conversations and small meetings about the constitutional amendment to require the state to pay its share of the pension fund. Many Summer Fellows reached out to other NJEA members who lived near them or worked in their local association with them. There were meetings at bagel stores, coffee shops, ice cream parlors, and even some at the beach.

We disseminated information, talked about what mattered to us and gained activists. We were astounded at the number of members who have absolutely no idea about what is happening with their pension and benefits. We encountered this everywhere we went. We need to be working even harder to reach out to our members.

“The more we worked together, the more we realized that there was nothing we couldn’t do,” said Marie Corfield, the regional lead at the Summer Fellows office at NJEA’s headquarters in Trenton. Corfield is also vice president of the Hunterdon County Education Association. “That plane we were building as it flew? That plane soared! There was some turbulence along the way, but the final product can take us anywhere we want to go.”

“It’s our hope that this experience will change the way local and county associations, and yes, even this state association itself, engages members,” Corfield said.

Corfield says that one of the biggest obstacles we face is member apathy, but that having another means to reach out to members enables meaningful conversations that move members to interest and action.

Corfield especially appreciates what was learned using the Voter Activation Network, or VAN. With the VAN, members close to where the action is can be identified. Members most likely to become engaged around a particular topic can be effectively reached. With VAN, areas to canvass and members to call can be identified for everything from stalled contract negotiations to outsourcing of public services to creating healthy schools to fighting underfunding to standardized testing.

“The issues that are often seen as hurdles can now be seen as opportunities to bring members from different locals together for a single cause,” Corfield said. “The member-to-member connections should be a way of life at NJEA. Summer Fellows can assist at Legislative Action Team meetings or other workshops to train members in this process. Members can then practice right at these meetings.”

Having active Summer Fellows throughout our locals brings the NJEA in closer reach. What makes the Summer Fellows so effective is that members believe in us because we are also members. In the Summer Fellows program, we turned our members into activists. It shows us what the movement looks like from the ground up. This is what happens when our rank-and-file members get going.

I believe the tide is turning in our favor in this state. Our current governor made us Public Enemy Number One, and he continues to try everything to destroy us. Yet, his tenure is ending. We may have been beaten down, robbed, and continuously blamed and attacked, but we are not broken.

Katie Quinn is a teacher at Freehold Township High School and an association representative in the Freehold Regional Education Association. She can be reached at kathleenmquinn@gmail.com.

Marie Corfield and Heather Sorge contributed to this article.

Heather Sorge is a paraprofessional at Holland Township School. For the Holland Township Education Association, she chairs the Legislative Action Team and the ESP Committee. She co-chairs the HTEA PRIDE/Community Outreach Committee. Sorge was named the 2015-16 Hunterdon County ESP of the Year. She can be reached at heatherlynnsorge@gmail.com. 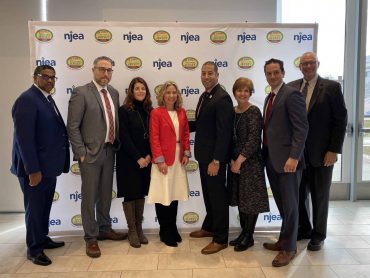 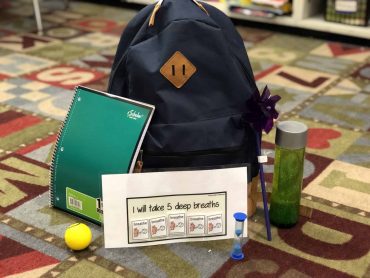 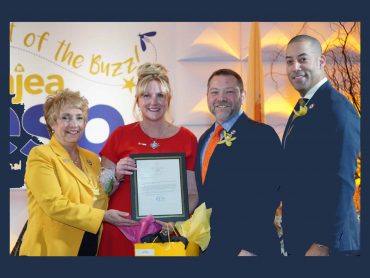