On the first day of his teaching career eight years ago, and every first day of school since, Angel Santiago greets his fifth-grade students in a classroom decorated with posters of musical legends: Quincy Jones, Aretha Franklin, Clive Davis, Nikki Minaj, and the band Days Like These. 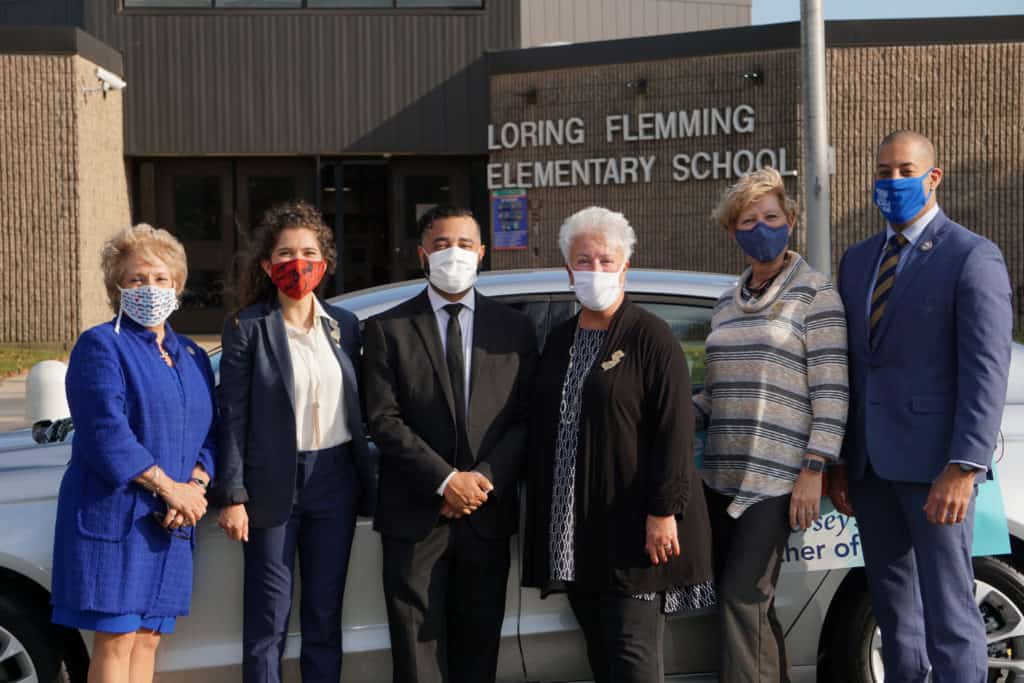 If you haven’t heard of Days Like These, then you clearly missed the late ‘90s, early 2000s music scene in the southern New Jersey and greater Philadelphia area. Days Like These was Santiago’s band; he was the  lead singer. He and his bandmates signed a recording contract, put out two albums, and toured for years before deciding to move on to other interests.

For a lot of people, that moving on part is difficult. Who wouldn’t give their chance at a rock ‘n’ roll career everything they had? But for Santiago, another calling beckoned him, one that had been instilled in him as a sixth grader growing up in Vineland by a very influential teacher, Mark Melamed.

“I always wanted to be a teacher,” Santiago remembers. “I had great teachers throughout my entire public school career. I came up through the Vineland Public School system, and I had teachers such as Mark Melamed who founded the Gabriel Project in Vineland. He guided me, without my even knowing, into a career that was kind of made for me.”

Melamed’s Gabriel Project was featured on NJEA’s “Classroom Close-up NJ” in 1996. He founded the program when he visited Tanzania and met a child, Gabriel, who needed heart surgery but was unable to access it in his home country. Melamed formed partnerships with Deborah Heart and Lung Center and worked with his students to raise funds to provide Gabriel with the surgery. After months of fundraising, Melamed learned that Gabriel had passed away. In his honor, Melamed and his students decided to continue their fundraising in order to give another child a chance at life. They went on to help 17 children and their families access vital health services, including travel expenses.

“Mark Melamed changed my life,” Santiago says. “He became a member of my family. The sense of volunteerism he instilled in me and my classmates has never left me. He made me think that I could be more than just a kid in Vineland, or a kid in New Jersey; that I was a force for the world and I was meant to be part of the world community.”

In 2013, Mark Melamed passed away from pancreatic cancer after a long battle. It was devastating, but Santiago and Melamed’s brother, Ken, worked hard to keep the Gabriel Project going. Ultimately, there were just too many obstacles for them to overcome, but Santiago took the spirit of the Gabriel Project into his work with the students of Gloucester Township’s Loring Flemming Elementary School in Camden County. Santiago created a program called Young People of Character (YPOC). 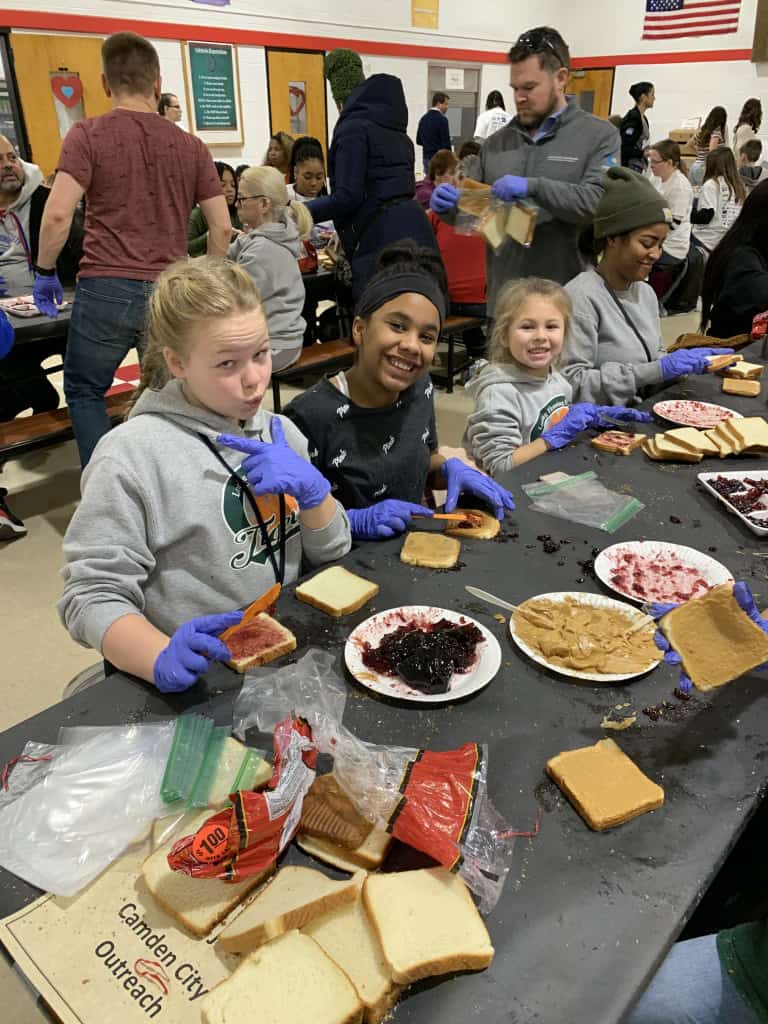 Student members of Young People of Character (YPOC), a service club initiated by Santiago, make peanut butter and jelly sandwiches for the homeless in Gloucester Township and surrounding communities

“YPOC is my ode to Mark Melamed,” Santiago says. “The pillars of YPOC are love of self, love of community, love of school and love of family. These were the traits that Mark instilled in his students.”

YPOC is primarily a service club for Loring Flemming’s students. They do a variety of activities, including writing letters to veterans, but the largest service project of the year is held on Dr. Martin Luther King Jr. Day in January.

“The Gloucester Township community does a great job of lifting up our children and doing a lot to support them socially and academically,” Santiago says. “The Dr. King Day of Service is a communitywide event. We wear our green YPOC shirts so everyone knows who we are and what we’re about. All of the schools in Gloucester Township participate. In the past, we have made more than a thousand peanut butter and jelly sandwiches for the homeless in our community. These kinds of activities really bind us together. The only way a community can be successful is to work together and to do things to better the community as a unit.” 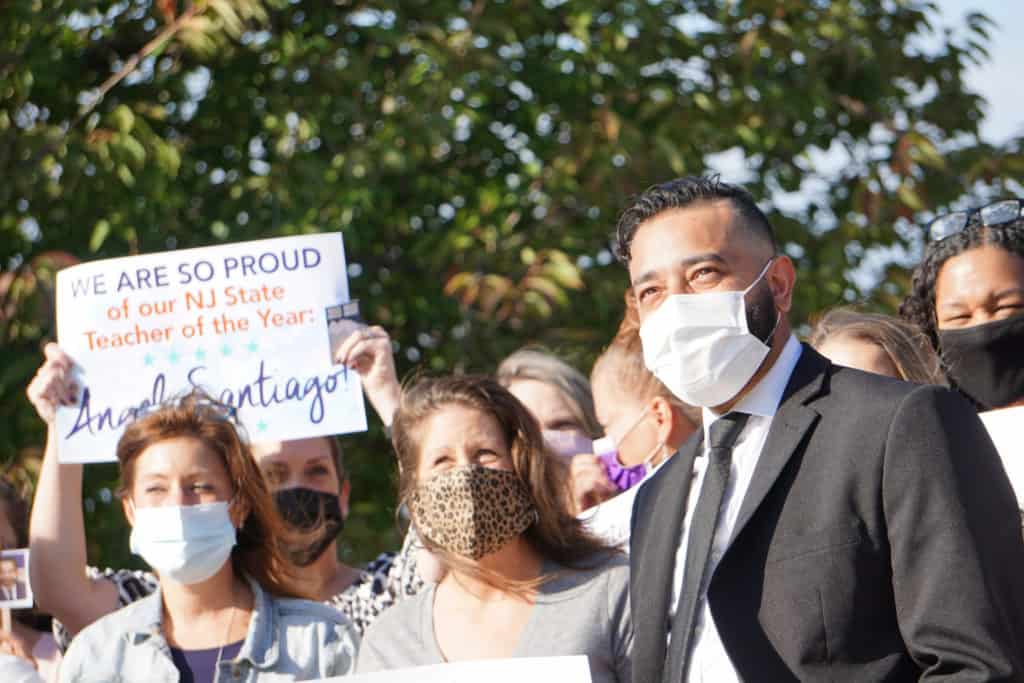 Santiago and some of his colleagues at Loring Flemming Elementary School in Gloucester Township.

Reaching students at a critical age

Santiago sees fifth and sixth grades as pivotal years in his students’ lives. He remembers that he was in sixth grade when he met Melamed.

“Students at that age are still extremely curious about the world, facts, and history, but they are also very conscious about what people think of them, so it can be interesting to navigate academic and social obstacles with them. We’re trying to help them achieve academic success while maintaining a positive self-image.”

The challenges of remote learning have made it difficult to provide the kind of emotional support for his students that Santiago knows they need.

But having your teacher named the New Jersey State Teacher of the Year is not actually normal.

“There’s definitely added pressure now with being the Teacher of the Year and teaching on Zoom,” Santiago laughs. “I am hyper-aware of what I’m saying and doing. I don’t want my students’ parents to wonder why I’m the teacher of the year!”

As the New Jersey State Teacher of the Year, Santiago is committed to working on projects with education stakeholders to diversify the teacher workforce in New Jersey.

“The events of the past year have changed me,” Santiago says. “Looking back, I realize that the first Black male teacher I had was Mr. Street in sixth grade. I never had a Latin male teacher, although I did have Latin female teachers. It didn’t affect me at the time, but now, looking back, I wonder what opportunities or conversations I missed out on because I didn’t have a teacher who looked like me.”

Santiago is already working with the New Jersey Department of Education (DOE) to learn as much as he can about education policy. He has found that remote meetings have actually enabled him to participate in many more meetings and engage with a wider swathe of people than he would have been able to in person.

“Every day after school, I’m in an NJEA meeting, a DOE meeting,” Santiago says. “I’m also being mentored by the past teachers of the year. I’ve gotten to meet a lot of people who have great ideas. I want people to know that I’m here to make a difference. We have the goal of diversifying the teacher workforce and making education an attractive career for people of color, but we need to take practical steps. We’re looking at the obstacles now and trying to identify ways to remove them. I believe the alternate route to teaching program and our excellent community college system will be instrumental in addressing this issue.”

Santiago is a proud graduate of Cumberland County College.

Santiago attended Cumberland County College while working full time in order to transition to a career in education. He was leaning toward becoming a high school history teacher but he was influenced by Dr. Donna Bender, the head of the education department at the college. She urged him to look into elementary education. She thought he would be a good fit for the job with his energy and personality, and she recognized that his students would benefit from having a male role model in the classroom.

“There are a lot of children who are growing up without a male role model,” Santiago says. “Having a male teacher in the elementary grades can have a huge impact on them, especially if it’s someone who looks like them.” 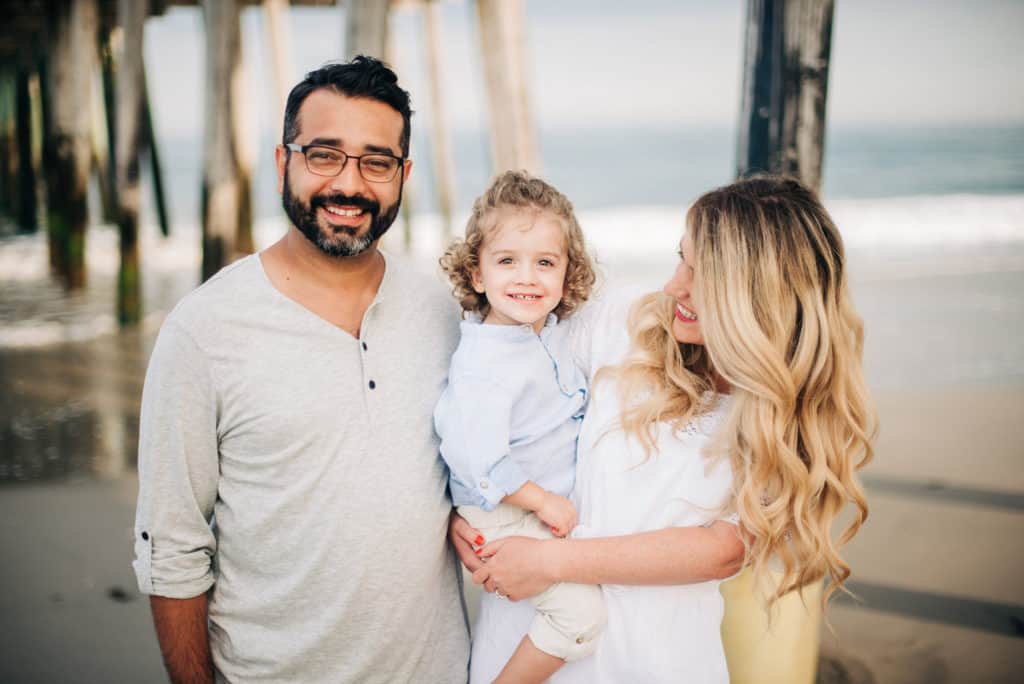 Santiago and his wife, Kourtney, a special education teacher in Bridgeton, are the proud parents of son Cruze, 3.

A career in Gloucester Township

Santiago went on to graduate from Farleigh Dickinson University. He worked full time while juggling school and student teaching. In 2012, he got his first position in Lindenwold and moved to Gloucester Township in 2013, where he hopes to remain.

“Gloucester Township is like family to me,” Santiago says. “I know how much my colleagues love and appreciate me just based on the baby shower they threw for my wife, Kourtney, and I when we were preparing to welcome our son, Cruze. And in the fall, despite COVID, they organized to safely celebrate me being named the New Jersey state teacher of the year with a car parade that included our local law enforcement and other community members. For me, it’s an honor and a privilege to teach at Loring Flemming.”

Santiago’s wife, Kourtney is a special education teacher in Bridgeton, and their son Cruze is already saying he wants to be a teacher like his parents, even though he is only three.

While the global pandemic may alter or delay some of the perks of being the state teacher of the year, Santiago is entitled to an all-expense paid, six-month sabbatical from January through June 2021 to attend national and state conferences, tour the state visiting classrooms, and work on various initiatives at the New Jersey Department of Education, courtesy of program sponsor ETS. ETS also provides $3,000 worth of technology equipment.

NJEA will provide Santiago with a rental car, equipped with E-ZPass, to help him travel to speaking engagements and meetings across the state. NJEA also will provide complimentary access to all major NJEA workshops and training opportunities, a $500 clothing allowance, media training and communications support, and funding for a trip to Washington, D.C. to meet with the other state teachers of the year and the president of the United States.

“Being named the New Jersey State Teacher of the Year is an honor and a privilege, especially in New Jersey,” Santiago says. “We are the best state in the nation for education, which is awe-inspiring. It’s awesome to share this experience with my wife, who is my biggest cheerleader. But it doesn’t stop here. Next year, I’m going back to the classroom with the same mentality. This is an honor, but it’s not the pinnacle. I don’t ever want to become obsolete. I stay up with pop culture and I do all the Tik Tok dances to stay up to date with my kids.”

Santiago also provides them with a much-needed musical education. Those posters in his classroom? On the first day of school, they only recognize Nikki Minaj, but well before the end of the year, they are well-versed in the musical giants in their classroom, including Angel Santiago.

This has been a challenging year (or two) for many of us, but as the end of the school year approaches it’s...