The passage of P.L. 2020, Ch. 44, was the result of more than two years of sustained member organizing and advocacy as detailed in “Member Power Wins” on pages 46-49, but the reason it was needed traces back nearly a decade to the passage of P.L. 2011, Ch. 78, or Chapter 78, as it became known to NJEA members.

History OF bargaining over benefits

Prior to Ch. 78, the cost of health insurance benefits had largely been negotiable at the local level as part of school employees’ overall compensation. Ch. 2, an earlier law passed in 2010, had established a baseline health benefits contribution of 1.5% of salary. Outside of that, both the level of health benefits and the amount employees contributed toward them was fully negotiable.

Eventually, premium contributions grew into thousands of dollars per year for most NJEA members and exceeded $10,000 per year for a growing number. With little relief available at the bargaining table in most districts, the costs imposed by Ch. 78 began to threaten the ability of some educators to stay in the profession.

This law is a win-win-win for NJEA members, our students and New Jersey residents. Our schools are stronger, our members are more secure, and our communities are in a better position as we face the serious challenges ahead.

The goal of the campaign

When NJEA members set out to win relief from Ch.78, they had three primary objectives:

After many years of Ch. 78, that was no small task. Boards of education had grown accustomed to the large contributions they were able to take from employees’ paychecks and were not eager to give up either that money or the unfair advantage that Ch. 78 gave them at the bargaining table. Legislators, even those who recognized the problem and were committed to helping fix the unfairness of Ch. 78, were concerned about the impact on school district budgets if they simply reversed it. And NJEA members had to commit to finding and fighting for a creative solution that met all three of their objectives and could overcome the hesitation of both the boards and some legislators to upset the status quo.

We’ve achieved fairness and financial relief for NJEA members and savings for school districts and the state. Our members deserve a lot of credit for their determination and persistence in getting us here.

Ch. 44, the law passed unanimously by both the Senate and the Assembly and signed by Gov. Phil Murphy on July 1 at a ceremony attended by Senate President Steve Sweeney, bill sponsor Sen. Joe Cryan and Assembly Speaker Craig Coughlin, accomplished all of those things and more.

Specific details about Ch. 44 can be found on pages 54-60. The underlying concept of the new law is relatively simple: decrease the overall cost of health insurance and share the savings between school employees, boards of education and the state of New Jersey.

It does so by making strategic changes to the design of a new default plan option that would be offered in all school districts and county colleges no matter whether they participate in the School Employees’ Health Benefits Program (SEHBP) or not, beginning Jan. 1, 2021.

This new plan will be called the New Jersey Educators Health Plan (NJEHP), and beginning Jan. 1, 2021, it will join the NJ Direct 10 and NJ Direct 15 as offerings in the SEHBP. In districts that do not participate in the SEHBP, it will join those plans that have been collectively bargained by that local association.

The NJEHP preserves access to high-quality, low-cost benefits for employees while also reducing the premium costs paid by employers. Employees who enroll in the NJEHP benefit from a new contribution schedule that dramatically lowers employee’s contributions and ties them to a new contribution chart based on a percentage of salary rather than a percentage of premium. The only way an employee’s health insurance contribution can rise even slightly is if their salary increases, and unlike under Ch. 78, the employee is guaranteed to keep the vast majority of any salary increase.

We knew from the beginning that it would take patience, determination and tireless advocacy, and we never backed away from that challenge. Members know they aren’t just members of any union, they are members of NJEA.

The savings for members and employers alike is achieved by incentivizing the use of-in-network doctors and facilities. In the SEHBP, the NJEHP will use the same large Horizon Blue Cross/Blue Shield national network as the existing Direct 10 and Direct 15, so no member currently using in-network providers in those plans should have reason to change doctors if they move to the NJEHP. Out-of-network providers can still be used as well, but member costs will increase out of network and reimbursement to those providers will be lower, which could result in additional balance billing. Districts that do not participate in the SEHBP, will see a similar in-network and out-of-network result.

Ch. 44 also respects collective bargaining. Members hired before July 1, 2020 have the option to select the NJEHP with its lower member contributions or remain in any available plan already negotiated in their contract at the existing contribution levels as well. And very importantly, as of Jan. 1, 2028, all benefit levels and contribution amounts will become fully negotiable again, allowing the collective bargaining process to work as it is supposed to.

Ch. 44 fulfills all three objectives NJEA members had when the campaign for Ch. 78 relief began over two years ago.

It significantly reduces the amount members are required to contribute while preserving access to platinum-level benefits. It ties future member contributions to their salaries, so that no matter what happens with premiums, members know exactly what their contributions will be based on their negotiated salaries, and no member will see their insurance costs outstrip their salary growth. It respects collective bargaining by ensuring that any member who had negotiated a different level of benefits or contributions prior to the passage of Ch. 44 will be able to keep that, and locals will be able to continue to negotiate those plans and contributions.

Finally, it strengthens and reinforces the importance of collective bargaining by returning the whole issue of health benefit levels and contributions to the negotiating table in 2028, after the damage of Ch. 78 has been reversed and a fair starting point has been reestablished. 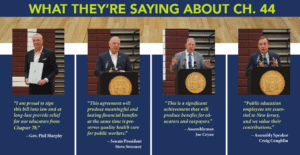 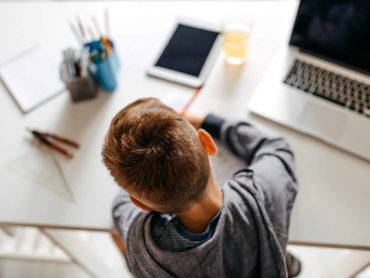 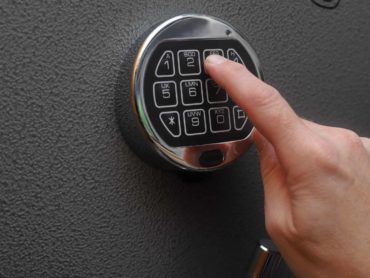