In 1978, in response to school violence and vandalism, the state Legislature passed the Public School Safety Law (N.J.S.A. 18A:17-48), which required New Jersey public schools to report incidents of violence, vandalism, weapons, and substance abuse. By 1999, it became clear that the paper reporting system could not adequately meet the state and federal demand for information on crime in schools, so in 2000 the New Jersey Department of Education (NJDOE) launched the Electronic Violence and Vandalism Reporting System (EVVRS).

In 2010, Gov. Christie enacted changes to the law to cover harassment, intimidation and bullying (HIB). The new law was called the Anti-Bullying Bill of Rights Act (ABR), considered by many to be the toughest anti-bullying law in the country. It covers acts committed on and off school grounds (unlike EVVRS, which applies to incidents on school grounds only).

Report and keep a copy

Under both laws, staff must report incidents and the district must follow up under strict deadlines with an investigation to confirm the incident, before it is entered into the system. Twice a year the district submits its data to the state.

Reporting is important to identify what types of events are occurring where, so that administration can respond appropriately with violence prevention programs. For staff, it is also important to keep a record of any reports, should any stakeholder later complain that particular incidents weren’t reported. A parent, for example, may be concerned about bullying or violence experienced by his or her child. NJEA urges teachers to fill out the current EVVR form in addition to any other paperwork, such as one designated for HIB, that the district may require. Staff should then bring their report to the front office, have it stamped and dated, keep a copy, and provide another copy to the local association.

What if a staff member fails to report an incident? The law is silent on penalties, except for falsifying a report, which is subject to discipline including possible dismissal. However, officials could interpret falsifying to include nonreporting.

Locals can do more to reduce violence

The EVVRS law covers reporting only, but the anti-bullying law has staff training requirements. Local associations can work with their UniServ field representatives to address violence and bullying in their schools, and seek good contract language. See the sidebar for NJEA resources on what local associations can do.

Has the law helped decrease violence?

The latest three-year state report records a small decrease in violence and weapons and a small increase in substance use from 2009-10 to 2011-12, though trends vary in different districts. There is no trend data for HIB, as reporting began in the 2011-12 year. There were over 12,000 HIB incidents in that year.

The three-year report from one year ago reported increased incidents. In both reports, NJDOE officials said increases might reflect greater reporting. This prompted Assembly Education Committee chairman Patrick Diegnan (D-Middlesex), to comment in the Star ledger on Dec. 17, 2011,

“This is real stuff. Kids who are afraid to go to school….I think we’re doing ourselves and our kids a disservice by attributing it to better reporting. The aggressiveness and bullying we’re seeing in schools is a real issue. Teachers are talking about it all the time.”

It’s possible that some of this decrease reflects under-reporting. There are disincentives for schools and districts to report. Naturally, no school wants to generate statistics showing dangerous conditions. In addition, the federal No Child Left Behind law requires that schools deemed “persistently dangerous” notify parents that students are allowed to transfer to a safer school in the district. Losing students means losing funding, much of which is calculated on a per-student basis.

Information about the law

To learn about the EVVRS/HIB laws, and to stay current with changes in the law, you can check the EVVRS Welcome page, http://homeroom.state.nj.us, where the NJDOE posts information, announcements, documents and forms.

Useful material on this page includes:

The three-year trend data in the article is from the Commissioner’s Annual Report to the Education Committees of the Senate and General Assembly on Violence, Vandalism and Substance Abuse in New Jersey Public Schools. 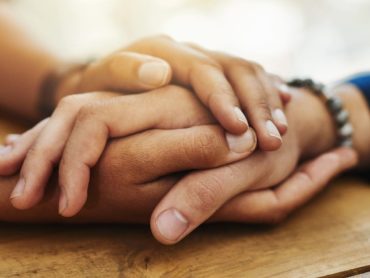 What about restorative justice?   By Dorothy Wigmore How do we respond to school-related violence? A...