NJEA members joined their fellow union members in the Communication Workers of America, which represents the state’s public employees, to demand the passage of a fair and responsible budget and to call for Chapter 78 relief and ESP job justice.

Last year, NJEA members from local associations in every county worked together to fight for our students and for the future of our profession. As more members become involved in their local, county and statewide associations, our union becomes stronger. As our union grows in strength, it becomes better equipped to support public schools, the educators who work there, and the children who attended them.

It’s no surprise then, after a year where NJEA and its local and county affiliates saw record levels of member engagement, that Education Week named New Jersey’s public schools the best in the nation.

From professional practice to political action, NJEA members showed up, stepped up, and stood arm-in-arm for a common cause: a brighter future for public schools in our state. Whether it was talking to parents in your school’s community at a PRIDE event, holding a sign at a rally for a fair contract, or attending an association meeting, your involvement made a difference.

NJEA members have always stood up for the respect and dignity that all educators deserve; this year was no different. Through the fight for quality, affordable health care and common-sense job protections for educational support professionals, NJEA members fought for the dignity of a profession that has been demonized much too often by state and national leaders. For too long, the state’s past mistakes have been balanced on the backs of educators, and this year NJEA members said “enough!”

As educators and union members, it’s often easy for us to talk about the progress we’ve made, but it’s often hard to articulate what we actually did during an academic year to make that progress. We’re so busy working after hours so our students can learn we often forget all the day-to-day union actions we do. When we add up small, simple actions, they make a big difference. 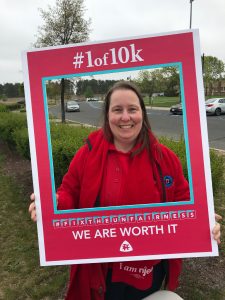 Last year NJEA members engaged in an unprecedent campaign to Fix the Unfairness. The goal of the campaign, which was led by a team of NJEA members and staff, was to see three important bills passed into law. One of the bills addresses the problems associated with the ever-rising cost of health care that has caused the take home pay of thousands of educators to go down. The other two bills aim to put common-sense job protections into place for educational support professionals (ESPs). The campaign saw thousands of members get involved with union-action and garnered statewide media attention throughout the year.

A-3395, which will prevent school boards from privatizing ESP jobs during an active collective bargaining agreement, passed the Assembly by a vote of 70-6.

The Senate companions to these bills, S-296 and S-3089 respectively, await a vote in the Senate, and the bills currently have 17 and 18 sponsors respectively.

A-5814/S-4104, which would provide relief from Chapter 78 for NJEA members and end the annual decrease in take-home pay by more fairly calculating heath care contributions, awaits a vote in both houses of the state Legislature. The Assembly version of the bill is sponsored by, among others, Assembly Speaker Craig Coughlin, who noted that he sponsored this bill after hearing from thousands of NJEA members.

Educator involvement in the political process is important for the future of profession.

When it comes to passing laws that matter, our voice matters. When NJEA members call, legislators answer because they understand your passion, value your expertise and respect your power.

Over the past year, NJEA supported many bills that Gov. Phil Murphy signed into law, including:

Student Loans: S-1149 – This bill provides for the licensure and regulation of student loan servicers by the New Jersey Department of Banking and Insurance and creates a Student Loan Ombudsman in the department.

Minimum Wage: A-15 – The bill establishes several multiyear schedules for gradually raising the state minimum wage to not less than $15 per hour.

Social Justice: S-1569 – This bill requires boards of education to provide instruction on the political, economic, and social contributions of persons with disabilities and lesbian, gay, bisexual, and transgender people in an appropriate place in the curriculum of middle school and high school students as part of the district’s implementation of the New Jersey Student Learning Standards.

PARCC/Assessments: S-3381 – This bill would have amended the provisions of current law concerning the graduation proficiency test to provide for the development or designation of a statewide assessment or assessments in reading, writing and computational skills.

NJEA and its members advocated to ensure that the median Student Growth Percentile (mSGP), which was at 30% in 2017-18, was reduced to 5% for teacher evaluations during this 2019-20 school year.

Gov. Murphy added $15.4 billion to funding for public education, including: 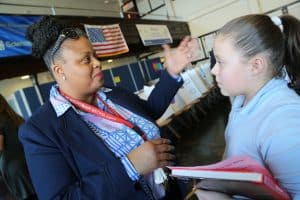 Thousands of NJEA members attended the NJEA Convention in Atlantic City. Hundreds of workshops and other professional learning experiences were offered. Winona Guo and Priya Vulchi, authors of Tell Me Who You Are, delivered Thursday’s keynote address. Dr. Cornel West professor from Harvard University keynoted the NJEA Convention on Friday.

The 17 year-old New Jersey Amistad Commission, charged with ensuring that the history and contributions of African Americans and the descendants of the African Diaspora are integrated into school curricula was strengthened by NJEA through the creation of the Amistad Stakeholder Group and the development of the Amistad Journey—a program to allow educators to travel to the historic sites of the trans-Atlantic slave trade both in the U.S. and Africa.

The NJEA Teacher Leader Academy launches this year after the association helped write the bill that created the teacher leader endorsement and lobbied its passage into law. Now the association is leading the way by being one of the providers through which teachers can earn the endorsement.

Last year, seven schools graduated from the NJEA Priority School Initiative. This year, eight new schools from Camden, Irvington, Plainfield, Hillside and Trenton, joined the initiative. Since its inception in 2012, 54 schools have participated in the three-year program.

More than 6,600 members engaged in design process protocols to give more NJEA members voice and ownership of their local associations.

Advocating for our members 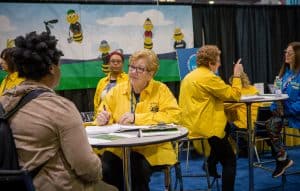 ESP Committee member Donna O’Malley speaks with a member at the 2019 NJEA Convention.

Progress at the bargaining table

By August 2019, staff at 19 public charter schools had organized into local associations represented by NJEA. 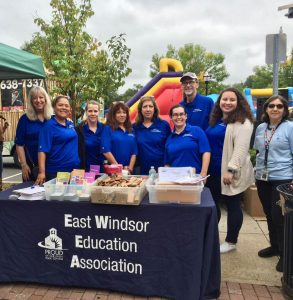 The East Windsor Education Association has a strong relationship with the community enhanced by EWEA’s use of Pride and FAST grants.

NJEA invested its resources into sharing with the public the amazing things and important work that educators do: 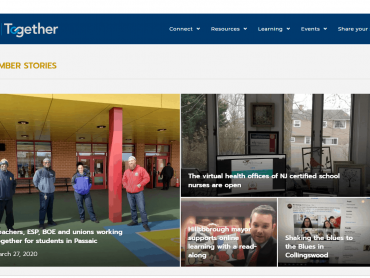 Visit NJEA Together and connect with colleagues, resources, and facts

Educators are collaborators, and now, more than ever, NJEA members are reaching out to connect, share their... 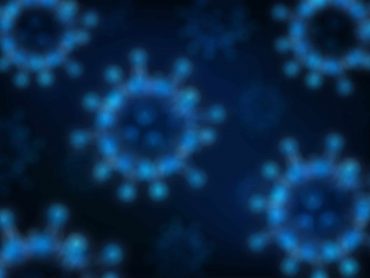 A message from NJEA President Marie Blistan As we continue to practice social distancing and remote... 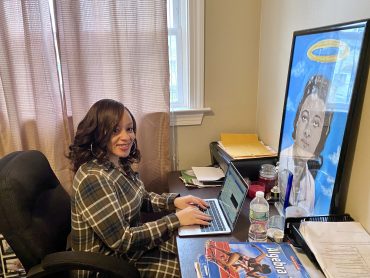 By Angel Boose, 3rd grade teacher, City of East Orange Like almost every other district in the state, the...