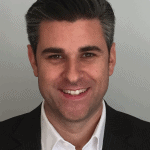 NJEA welcomed Lou Randazzo on April 1 as a UniServ field representative in the Region 2 office in Mullica Hill. Prior to joining NJEA staff, Randazzo worked as the coordinator of communications for Deptford Public Schools, where he had previously taught English language arts at both the middle and high school levels. For five years, he was president of the Deptford Education Association. Since 2016, Randazzo had been a part-time UniServ consultant in Region 2. He had been a consultant in the Communications Division since 2017. Randazzo earned a master’s degree in school leadership from Wilmington University and a bachelor’s degree in public relations from Rowan University. He lives in Haddonfield with his wife, Jayme, and their two children, Piper and Sam. 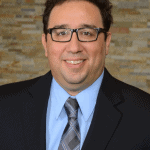 NJEA welcomed Ryan Stouffer  on April 16 as a software application developer in the Information Systems office of the NJEA Business Division. Stouffer’s 20-years of experience in software development covers a variety of information technology applications. He most recently worked at Continuum Health as director of Development Operations from 2010 through 2019. From 2010, Stouffer was a principal consultant architect at DXC in Marlton.
He holds a bachelor’s degree in associative computer science and robotics from California University of Pennsylvania. Stouffer lives in Mount Laurel with his wife, Tammy, and their sons, Ryan II and Nathan. Ryan’s hobbies include 3-D printing and robotics.