NJEA, along with numerous pro-public education advocacy groups, joined together to form the Support Our Students Coalition to advocate for the full funding of New Jersey’s public schools as called for under the School Funding Reform Act (SFRA) of 2008. 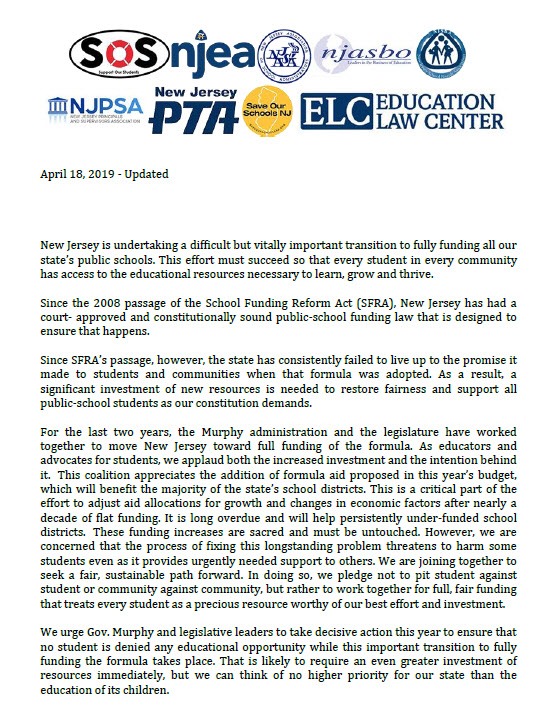