New Jersey State Teacher of the Year Jennifer Skomial was recognized by the NJEA Delegate Assembly at its March 30 meeting. As the NJEA liaison to the teacher of the year program, NJEA Vice President Sean M. Spiller introduced Skomial to the delegates.

“We are so fortunate that there are thousands of teachers in our state who have the skills and qualifications to be considered for New Jersey Teacher of the Year,” Spiller said. “That makes it all the more impressive when one individual is able to distinguish him or herself from such an exceptional group.”

Skomial is a career and technical education teacher at the Morris County School of Technology, where she prepares her students to become teachers, child psychologists, social workers and school counselors. She coaches students as they teach in the on-site preschool, create lesson plans and organize field trips.

Spiller presented Skomial with a gold ring to commemorate her experience as the state’s teacher of the year.

Skomial discussed her experiences so far, focusing on opportunities to visit schools across the state. As an educator who prepares future educators, she made special note of addressing recent graduates from William Paterson University who will begin their first year in the classroom this fall. She also visited schools in Newark, East Orange and Wall Township that are developing future-educator programs.

NJEA’s representatives to the NEA Board of Directors are elected by the delegate assembly. Directors serve a three-year term. Director-alternates, who attend director meetings when a director is unable to attend, serve one-year terms.

In response to a new business item (NBI) approved by the DA at its Sept. 9, 2017 meeting, the Leadership Committee has spent the past year investigating the feasibility of offering childcare at NJEA-sponsored events. In considering the NBI, the committee noted that childcare is offered at the NJEA Convention and had been offered at several NJEA events in the early 1990s in response to a 1992 NBI. That early 1990s program was terminated in 1994 because only three children had participated over the course of two years, despite publicity for the service. In considering this 2017 NBI, the committee examined costs, logistics, liability and space constraints, ultimately recommending that, except for the NJEA Convention, NJEA not offer childcare at NJEA-sponsored trainings, meetings, and events. Delegates adopted the committee’s recommendation.

The first NBI, submitted by delegate Jennifer Clemen of Bergen County, recommended that the NJEA Professional Development Grant Program be amended to include audiovisual equipment rented or purchased by county associations be included in the expenses eligible under the grant. In her rationale for the NBI, Clemen noted that the current grant language is unclear regarding covered audiovisual costs. Delegates adopted the NBI.

The second NBI, submitted by delegate and Somerset County Education Association President Dan Epstein, recommended that NJEA aggressively pursue legislation in accordance with the association’s existing charter school policy with the goal of having those measures signed into law by the end of 2021. In his rational, Epstein noted that charter school growth and expansion is a threat to traditional public schools as well as NJEA membership. He explained that new legislation is needed to protect against the unfair laws and politics currently governing charter schools. The NBI was adopted.

Detailed minutes of DA meetings, when available, are printed in the NJEA Review and posted at njea.org/da. 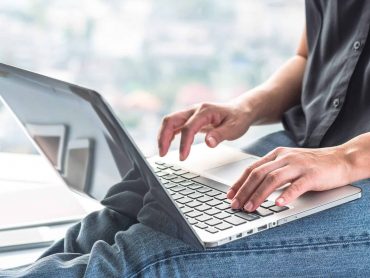