Most people think that politics is as exciting as watching paint dry.

And sure, if you’ve ever endured more than a few minutes of C-Span, you might have a point.

In early October, the political chess pieces started to move, and because of that, the 125-member NJEA PAC Operating Committee had to take action earlier than originally anticipated.

Back in August, the Political Action Committee (PAC) Board of Trustees unanimously voted to become involved in the gubernatorial primary for both the Democratic and Republican parties and that it would consider participating in state legislative primaries.

The decision was precipitated by Senate President Steve Sweeney’s failure to hold the constitutional amendment pension vote by the Aug. 8 deadline, despite numerous promises to NJEA members and leaders. That failure meant that, once again, the state’s leaders were exacerbating the pension problem and delaying its resolution.

NJEA members were clear: if we don’t like the decisions that are being made, we have an obligation to change the decision-makers.

On the Republican side, only Asm. Jack Ciattarelli has announced his intention to run, and he is expected to be joined by Lt. Gov. Kim Guadagno. However, any Republican candidate following on the heels of Gov. Chris Christie and his 26 percent approval rating, faces extremely long odds for election. In fact, several other potential Republican candidates are sitting out the 2017 election in the hopes of a more favorable climate in 2021.

According to almost all the policy wonks and political junkies in the state, all of this means that what happens on the Democratic side is what matters most.

For a long time, it seemed like the competition was between Sweeney and Fulop, but early in October the landscape shifted.

For reasons best known to himself, Fulop dropped out of the race and threw his support to Ambassador Murphy.

Murphy had already been courting the Democratic Party chairs, even though many of them had already committed to Fulop, and those relationships paid off once Fulop made his announcement.

NJEA saw that the political landscape was changing rapidly, and the PAC Operating Committee was convened for Oct. 8 to screen the candidates left in the race for the Democratic gubernatorial nomination. It ended up not being a moment too soon.

By Oct. 6, 11 out of 21 county Democratic chairpersons had endorsed or agreed to endorse Murphy.

The county chairperson—for both the Republican and Democratic parties—wields enormous power. County chairs determine who will get “the line,” which means who will get the coveted first spot on the ballot. With the county party’s support, they also get greater access to voters.

By the time NJEA PAC met, Sweeney and Sumter were no longer in the race.

On Oct. 8, the NJEA PAC Screening Committee met, interviewed the four remaining candidates, reviewed the responses they had submitted to our questionnaires, and vigorously debated their merits.

Each of the candidates spoke about the value of an NJEA endorsement. They understand that our organization, which has been called in the press the most influential labor union in the state, has the power of committed, organized members who are dedicated to electing pro-public education candidates.

The 2017 primary could be the most critical election in New Jersey. We want whoever we get behind to be able to say that they won because NJEA members helped them.

All of these decisions are being made now—and we need to be part of that conversation. The only way to make that happen is by engaging and endorsing early enough to be relevant.

The NJEA PAC Operating Committee’s goal is to be in the best position we can be for our members.

If we had hesitated, we would have missed the opportunity to change the decision-makers. The stakes for our members are too high to sit out the game.

We’ll stack our record against the governor’s any day

Democracy is not a quadrennial sport 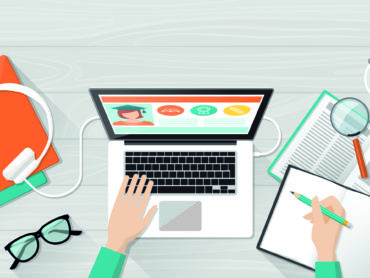 Have you checked out learning.njea.org? NJEA has long worked to meet the challenges of the times to make... 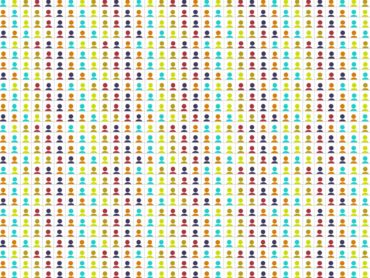 Learning together from home

From one year to the next, there’s always something new at the NJEA Convention. But this year is like no...