On May 1, 2019, public school employees throughout Bergen County participated in a show of pride in Bergen County’s public schools by tying a red ribbon around their trees, or displayed them in other visible places at their homes. This was a part of an on-going “Red for Ed” campaign, in which educators throughout the United States honor public education.

The Legislative Committee of the Bergen County Education Association (BCEA), under the leadership of President Sue McBride, coordinated the “Red for Ed” ribbon campaign, which came about in response to ideas generated by local leaders and with feedback from local presidents. The legislative committee is comprised of teachers, support staff, and retired members, who have been on the forefront of BCEA’s legislative efforts, since the “Red for Ed” campaign was initiated in the fall.

May 1 is known as “May Day” or International Workers’ Day. Public school employees in Bergen County celebrate many occasions throughout the year, but this is the first time that they have planned a countywide event of this kind. 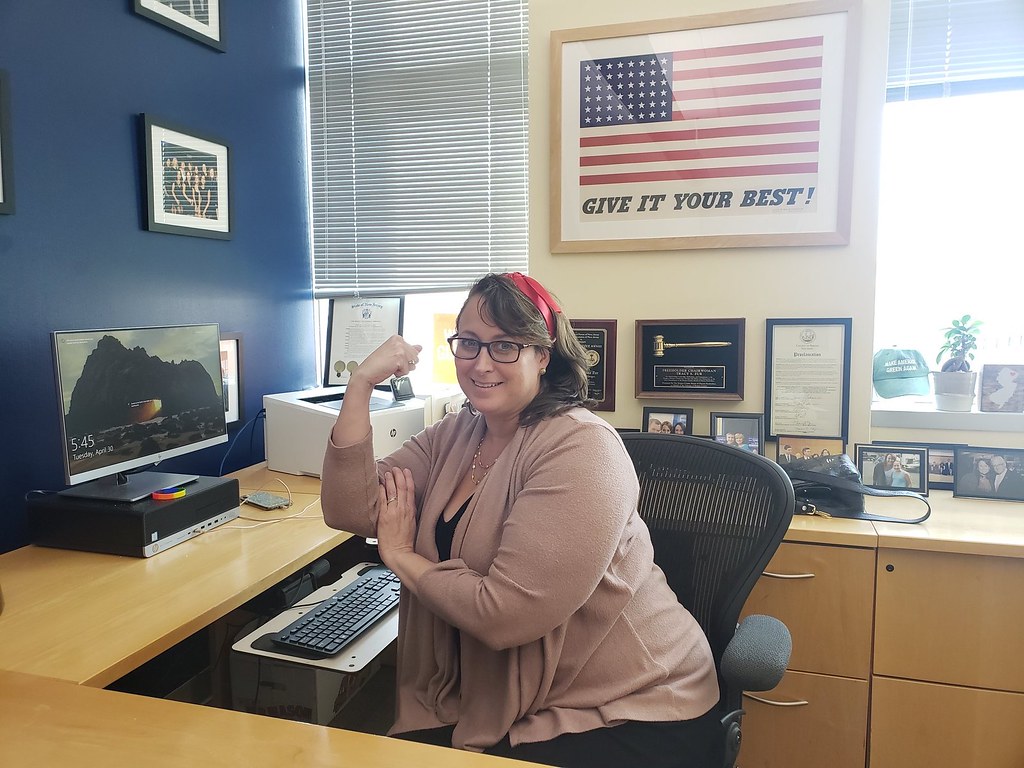 Members were invited to post selfies with their red ribbons on social media with the hashtag “#RedForEd #MayDayofAction and #FixtheUnfairness. Red ribbons could be found throughout the county and even outside of Bergen County, as NJEA members across the state saw the value in the activity and lent their support by tying red ribbons in their neighborhoods.

“Bergen County schools are among the best in the nation, not just the state,” said McBride. “This red ribbon campaign is about inviting the parents and community to join with us in showing their pride and support for public schools across Bergen County. Without a doubt, we set the bar high for our students, and continue to attract the best and the brightest educators and support staff. I couldn’t be more proud of our members in Bergen County who make our schools great for our students and communities.”

Press kits, including a red ribbon and a flier, were sent to key legislators across the state of New Jersey, including Governor Phil Murphy and legislators representing Bergen County. “Sure enough, even some of our mayors and other local elected officials shared their red ribbon selfies,” said BCEA 1st Vice President, Andy Policastro. “I think the best photos, though, are of our members. This was a campaign that everyone could get behind. We are certainly proud of our public schools, and this is a small but meaningful way to show it.”