You know the feeling: Something just has to be done about our school system!

Yet, what can we do about it? If you think about it, the school board has a lot of power to change your school district for the good or drive it further into disarray. I came into our school district a year before five board members were whisked away in handcuffs in a federal corruption case. Things were quiet for a while then people started to grumble again. That’s where our story begins. 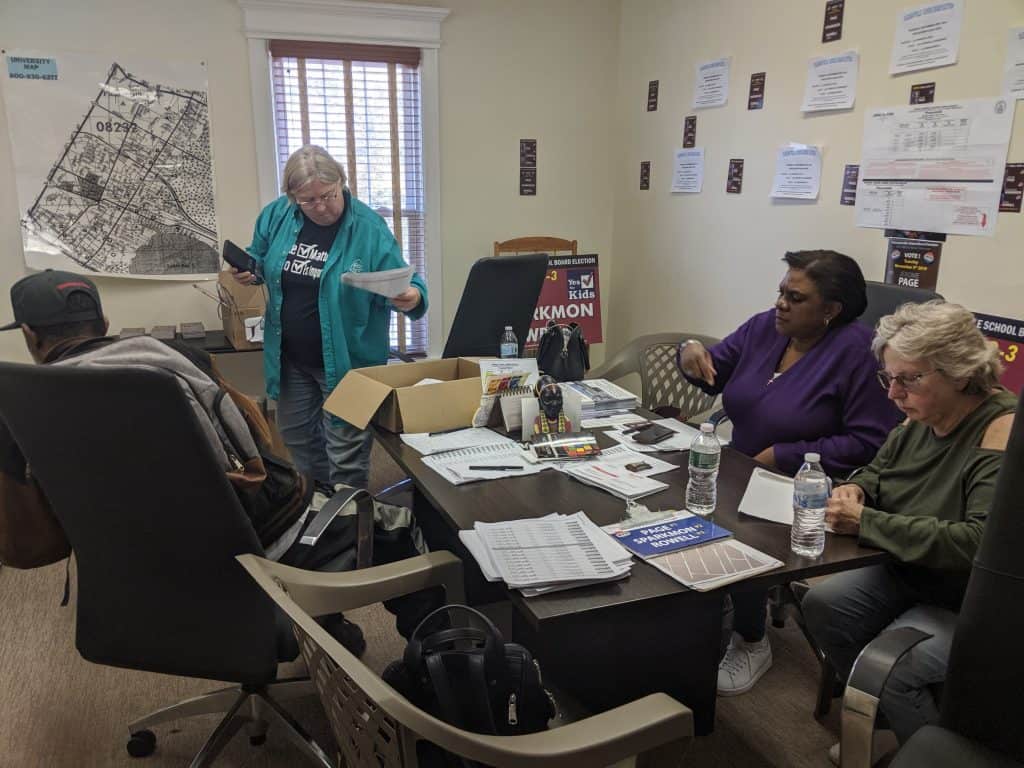 The issues with the board were myriad. Residents were often berated at the microphone and told to sit down and stop talking. Teachers and other staff were ignored. Police were called to our board meetings as a means of intimidation, and the board president called upon them to remove residents and even one of the board members for speaking out against her.

In the meantime, we continued to have problems with mold, supplies were never bought, roofs leaked and students went without supplies.

Something had to be done.

I have a background in local politics and knew enough people that I felt confident in approaching a few local people and imploring them to run for school board. I asked the county committee leader for help in screening some people he would consider “safe” for me to approach. I found my first possible candidate. Joanne had been on the board before and was reluctant, at first, to run for the school board again. I had to assure her that the union would support her, and we could have members help her run her campaign. She agreed.

When I told the Pleasantville Education Association Executive Committee what I was up to, another member gave me a surprised thumbs up and told me that she was doing the same exact thing.

Renee Irwin was one of those members—she’s now an administrator–who knows everyone and still has strong ties with students and their families well after they’d left her classroom. She was reaching out to parents and former students to get them to run.

To this day, Renee will still tell you that she is not political. I disagree. Politics is another word for human relations. I’m pretty good at the party politics of it. Renee is great at the human interaction part of it. It was the makings of a great team.

Now we had a team, we had a purpose, we needed more candidates, and we decided to do this quietly. Joanne ended up apologizing and backing out, but she still was willing to be a source of information, resources and moral support.

None of this is easy, but there is good news: The more your town needs a new school board, the more people are willing to help.

Some of the people who can help you include:

This one seems like a no-brainer. You all have those parents! The ones who show up at the board of education meetings to keep up with everything going on in the district. The parents who show concern about their own children and everyone else’s. The parents who volunteer for lots of activities in the school and the community. Those parents who seem to have daily contact, and sometimes daily arguments, with the principal. These are all potential candidates.

Seek them out. Introduce yourself. Give them your business card. You will hand out many business cards and get only a few nibbles. That’s OK. That way you know you are getting someone who really wants to commit to this. Many people will complain about the school system, few will follow through and make the leap to run for the school board.

A few notes about what you’re doing: In New Jersey, school board candidates need to have a petition with 25 voter signatures to the county clerk by the end of July. You want to give your candidate plenty of time to get this done. There are typically three seats available for election. In some districts, you are lucky you get three candidates. In other districts many will run for those seats. School board positions are nonpartisan. The candidates may seek out guidance from one party or another, but they must remain neutral.

Don’t do any of this during the school work day. This all to be done during your own time after contract hours.

So you’ve endorsed a candidate! Now what?

In our case, we were all in. With assistance from NJEA, we made phone calls. We spent weekends walking door to door. We had weekly meetings with the candidates. We helped at the polls on Election Day.

Your candidates get a letter of endorsement and a pack of stickers that say they are the real deal. Your level of involvement in the campaign is an agreement between your political action committee (PAC) team and your endorsed candidate(s). You don’t want to promise more than you’re capable of delivering. Make sure you and your team are honest about what level of commitment everyone can put forth. It’s better if everyone doesn’t overestimate their abilities.

Keep in mind that this is the candidate’s campaign, not yours. The candidates must agree to your involvement.

A word about candidates

Our candidates ran as a team. This is unusual but made a lot of sense for our plan. It gave the candidates the ability to pool their resources, team up to reach more voters, and afford an occasional moment off the campaign trail while others covered for them.

Boots on the ground

This is a lot of work. You will need people to help you out. You cannot be shy about asking. The good news is that depending on your level of involvement, the jobs are many and varied. There is a need for phone banking, door-to-door campaigning, setting up meet-and-greets, mailing out flyers and much more. Remember that it’s the candidates who are running, not you. You are helping in every way you want.

NJEA Government Relations can get you a list of voters for your district. Your county political committees should also be able to provide this list. This list can be filtered by any number of factors. Want a list of all NJEA members in your district? Done. Need to know who voted in the last three primaries? Done. Need a list of all those registered to vote by mail? You got it. Don’t over-do it. Remember, all elections are happening at the same time and all those candidates are using the same resources. 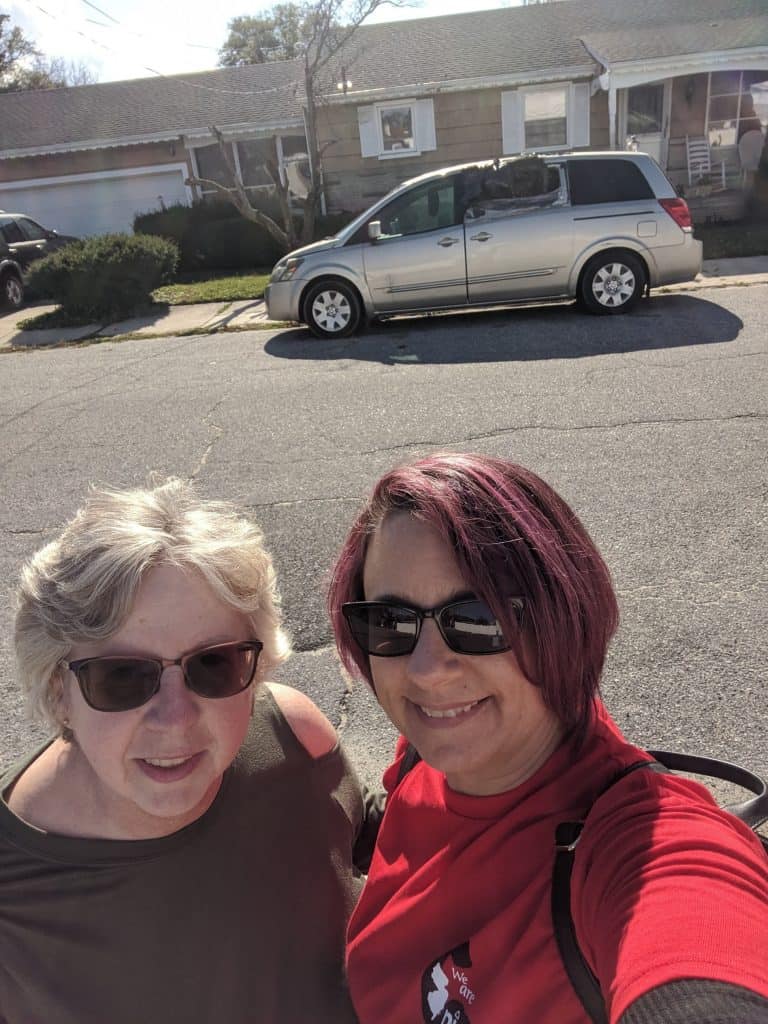 Waiting on the results

As of this writing, we are still awaiting the results of our November election! Crazy, right?

We still have a glimmer of hope. A few of those ballots might be thrown out because of irregularities with signatures and addresses. This part of the election, however, is 100% on the candidate. I still keep in touch with the candidates to offer moral support, but there really is nothing for the PAC to do except never give up hope.

One more word on the elections

We had difficulty booking places to hold meetings, hold candidate forums, and even hold our PAC meetings. Venues that have strong ties to other candidates were reluctant to let us have a room. In addition, many people feel uncomfortable hosting a “political” event because they do not understand the nonpartisan nature of a board election.

Start early on this process and make sure that you follow the proper procedures. Do not hand out information on school property, don’t hold meetings on school grounds, and never do any of your PAC work during your regular school time, on school property, or with school equipment.

Elections are not a “one-and-done” thing. This is a long-term process. This could take up to three years to set straight. Then you are back at square one and you need to get your original candidates fired up to run for another term or groom a new set of candidates. Every year, three more seats come up. Every year, you have to show up. Every year, new members join the union. Every year someone retires or resigns from PAC work. It’s a never-ending process, but it is worth it.

Susan Swezeny is the secretary of the Pleasantville Education Association and is a science teacher at Pleasantville Middle School. She can be reached at susan.swezeny@gmail.com.

Google Voice: This tool gives you the ability to get a free phone number. I use my voice number on my business cards.

Dedicated email: Set up an account that has no other purpose but your PAC and association work. Trust me. You will thank me later!