Early March can be a challenging time of year. The holiday break is a distant memory, and the warmer, longer hours of sunshine seem a little too far in the future. The weather may tease you with an occasional warm, bright day, but you might awaken the next morning to face a cold, damp day. And while you are devoted to the students you serve, you wonder if it’s too early to start counting down the days to summer.

You know that once the weather is consistently warmer, you’ll feel rejuvenated and ready to take on the world with your students, whether you are teaching Advanced Placement Chemistry first thing in the morning or transporting students on the bus that takes them to that 7:34 a.m. class. But right now, you could use a boost.

Maybe this will help: whatever you are doing, it’s working—even when you’re battling January-to-March fatigue. New Jersey’s students are receiving a world-class education, and you are among the 200,000 NJEA members who are delivering it.

Your students’ reading scores are at their highest levels ever

The 2017 administration of the National Assessment of Educational Progress (NAEP) revealed that the proportion of New Jersey public school fourth-graders who scored at the proficient and advanced levels is at its highest, increasing by half since 1994. The proportion of eighth-graders scoring at proficient or advanced is also at its highest levels, increasing by more than one-fourth since 2003.

New Jersey’s students are receiving a world-class education, and you are among the 200,000 NJEA members who are delivering it.

NAEP, nicknamed the nation’s report card, is a congressionally mandated project administered by the National Center for Education Statistics (NCES) within the U.S. Department of Education and the Institute of Education Sciences. It is given to a representative sample of students across the country. Results are not reported for individual students, but for groups of students with similar characteristics, such as gender, race and ethnicity, and school location.

Not only are your students scoring higher in reading than ever before, they are scoring at among the highest levels in the nation. Compared to New Jersey, no other state has a statistically higher share of public school fourth graders scoring at the proficient and advanced levels in reading on the NAEP, and only one state, Massachusetts, has fourth-graders with an average score that is higher than New Jersey’s. The results are similar for New Jersey’s eighth-graders: no other state has a statistically higher proportion of public school eighth-graders scoring at proficient and advanced levels.

Your students’ math scores are among the nation’s best

Your students’ writing scores are the best in the nation

New Jersey eighth-graders rank first—far above any other state in the nation in writing on the National Assessment of Educational Progress (NAEP). This is one statistic where you won’t read that we rank behind Massachusetts. For the eighth-grade NAEP writing test, Connecticut follows New Jersey, and Massachusetts follows Connecticut.

While the results for fourth- and eighth-graders on NAEP give pre-K, elementary and middle school educators some bragging rights, NJEA members who work in the state’s high schools are also getting great results. New Jersey is second in the nation for its graduation rate in 2018, ranking only slightly behind Iowa. And only one state, New Hampshire, has a lower drop-out rate.

New Jerseys’ students perform at high levels across the board. That success is because of your efforts day in and day out—even on those days when you arrive at school before sunrise and leave after sunset. As we approach spring, brighter days are coming. But because of you, the days have been bright for your students all year long.

You make all the difference 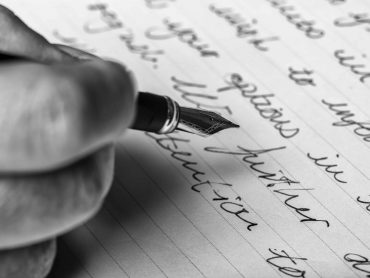 Educating the next generation of poets

Growing up in Willingboro, Gregory Pardlo did not dream of becoming a Pulitzer Prize-winning poet. He saw the... 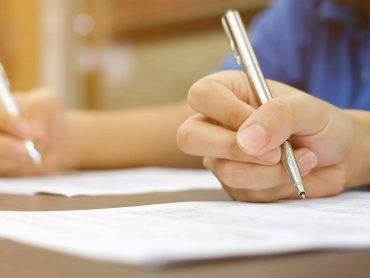 We are all familiar with the adage, “You cannot fatten a pig by merely weighing it.” Despite this,...