Carmen Porter at the 2020 virtual RA.

Over 9,000 delegates attend the National Education Association Representative Assembly (NEA RA). The delegates are charged with setting policy for the 3 million member organization. New Jersey sends between 500 and 600 delegates to the NEA RA, which this year, pending clearing to travel to large gatherings, will be held in Denver from July 2 to July 6.  Delegates are expected to arrive in Denver on July 1 and return home on July 7.

The decision whether to hold an in-person or virtual NEA RA may be made soon after press time. If NEA decides to hold the NEA RA virtually, it will be posted at njea.org and in the February NJEA Review.

Each local association may elect one delegate to the NEA RA for every 150 members, or major fraction thereof. If a local affiliate has fewer than 76 NEA members, it may join with one or more other local affiliates, each with fewer than 76 members, to form units for the purpose of representation. Allocation of delegate credentials is based on active membership in NEA as of Jan. 15.

To complete the online self-nomination form, go to njea.org/NJEAelections.

All NJEA members can self-nominate for both regular and minority-concerns positions. If elected in both positions, a member must decide which seat to represent so that a successor delegate can take the open position.

For complete rules and procedures, and to self-nominate for state delegate and minority-concerns positions, visit njea.org/NJEAelections. 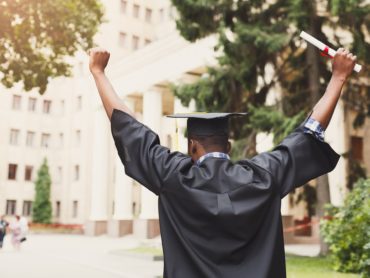