Many local associations have learned the hard way that filing a complaint with the New Jersey Public Employees Occupational Safety and Health (PEOSH) Program is not necessarily a short cut to a safer school. It would be terrific if complaints to PEOSH resulted in vigorous inspections that forced districts to fix serious health and safety hazards.

Unfortunately, NJEA experience, especially over the past decade, has shown that simply doesn’t happen. Instead, most school inspections result in insignificant citations and/ or recommendations that don’t truly address or solve the problems that were complained about. Once PEOSH inspects and doesn’t accomplish much, it is easier for the school district to say there is no problem, undercutting the union’s attempts to improve working conditions.

Each year, there are PEOSH inspections in 40 to 50 schools in New Jersey. Most are triggered by complaints from local associations or individual school staff concerning Indoor Air Quality (IAQ), including problems with ventilation, mold and moisture, temperature and humidity. Many complaints indicate that school staff is experiencing health problems from conditions in the school.

It is possible to use PEOSH inspections well, but only if the local association has identified specific provisions of PEOSH standards that address the problems in the school. The local association must take time to complete the complaint form clearly and completely, describing each problem in detail and naming the classrooms and other parts of the school where it occurs. To make the complaint as specific as possible, the local should complete and attach checklists of violations, using one or more checklists described in “For more information.”

The local association must also participate effectively in the inspection, including the opening conference, walkthrough, closing conference, and any appeals the districts may file. When filing a complaint, the local should give PEOSH the names of several people who can represent the union along with their work, home, and cell phone numbers, so that they can be reached at a moment’s notice. If this isn’t done, the inspection may take place without proper union representation, since inspections are done with no advance notice

Once a local association has determined that complaining to PEOSH may be useful, it should work with its UniServ representative to make the complaint the best it can be. If a PEOSH inspector finds that a school district does not comply with standards, the district can be issued an Order to Comply and given abatement dates.

What’s regulated and what’s not

Unfortunately, PEOSH standards do not cover many hazards, and many current standards are not protective enough to force the district to make changes. In general, standards for safety hazards such as exits, fire extinguishers, electricity, ladders, and machine guarding, are stronger than standards for health hazards. There are also strong health standards on chemical hazard communication, lead, asbestos, and bloodborne pathogens. By far the most frequent school complaint is about indoor air quality, for which PEOSH has a reasonably protective standard; unfortunately it cannot force the district to upgrade its heating, air conditioning, and ventilation (HVAC) system.

There are no standards regulating extreme temperatures, workplace violence, lifting, or job stress. Standards regulating noise and most chemicals were intended for industrial workplaces and will rarely be violated in schools except, perhaps, in shop situations. There are only unenforceable “guidelines,” not standards, for computer ergonomics and tuberculosis prevention. Complaining to PEOSH about any of the “under-regulated” hazards may not be enough to trigger an inspection or to get the district to make changes even though a PEOSH inspection occurred.

Even though the PEOSH “General Duty Clause” legally requires schools to maintain safe and healthful workplaces “free of recognized hazards,” like workplace violence and heavy lifting, the agency enforces this provision of the law in rare circumstances. See the NJEA Health and Safety Manual sections listed under “For more information” to help decide when the local should—and when it shouldn’t—make a formal complaint to PEOSH.

PEOSH no substitute for local action

Local association members facing hazardous job conditions have many tools available to them when deciding what kind of action to take to prevent or eliminate risks. There are many good reasons why filing a PEOSH complaint is the very last step in NJEA’s 10-step organizing approach to health and safety. Steps to commit, organize, research, document, educate, assist, problem solve, mobilize, and negotiate all come before using PEOSH. That is because PEOSH is no cure-all and is most effective when used as part of a union plan that includes member education, a health and safety committee, and active rank-andfile member and parent involvement.

Public employee unions have found out through experience that PEOSH has many limitations. Unfortunately, NJEA efforts to address these limitations have had incomplete success. Understaffing: Despite Federal funding, PEOSH has been unable to fill over 15 vacant positions, due to the six-year freeze on hiring state workers. This has resulted in a several-month backlog of complaints about IAQ and sanitation.

Weak standards: Many standards are too weak.

Limited inspections: Complaint inspections are not comprehensive but limited to complaint items only. PEOSH does not evaluate whether or not school staff have workrelated health problems. Nor do they evaluate school HVAC systems.

PEOSH initiates no inspections of schools: Because they are considered low hazard, inspections of schools take place only when complaints are filed by employees or unions. Parents cannot file complaints. PEOSH conducts no school inspections on their own initiative. Unclear reports: The letters sent to employers and complainants after inspections do not clearly say whether or not the complaint items were found to be valid. Weak fines: PEOSH assesses no monetary penalties the first time a violation is cited.

Toxic Chemicals not needed for cleaning 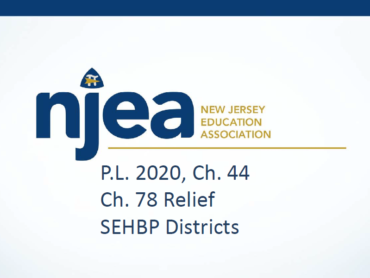 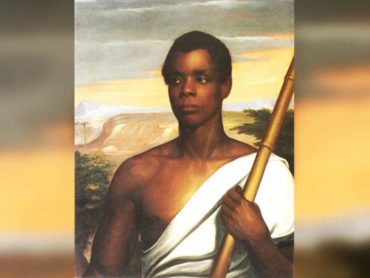 Have a project that needs funding? The 2020 Sustainable Jersey for Schools Grants Program cycle,...