Students at Trenton Central High School (TCHS) walked out on June 11, 2013, to protest dangerous and sickening conditions in the school, including rats in the cafeteria and leaking ceilings in classrooms and hallways, requiring big buckets on the floor.

“The environment is disgusting, people get sick because of the mold; the school lunches are dirty,” one student said. “There’s no way for students coming here wanting to learn because of our environment.”

The state promised repairs in 2000, when TCHS was listed as a top priority, and again in 2009. But repairs didn’t happen. Finally, at the end of July 2013, the Schools Development Authority (SDA) announced it will dedicate $27 million to address long overdue repairs.

The fight to repair TCHS is part of a long-term struggle to repair and modernize public schools in New Jersey, particularly the neediest schools. These schools are called SDA Districts (formerly known as Abbott Districts), and include Trenton.

In 2008, in response to requests by the NJEA and allies, the New Jersey Legislature approved $3.9 billion in bond financing to fund school construction projects, of which $2.9 billion was for SDA Districts. By 2009, the SDA had completed 99 major projects in the SDA Districts.

But when Gov. Chris Christie took office in 2010, he ordered all school projects halted. There were 53 “shovel-ready” projects at that time.

Subsequent state efforts could at best be described as foot-dragging. In May 2011, the New Jersey Department of Education (NJDOE) and SDA asked the SDA Districts to identify “emergent repairs,” which are described in state code as “if not corrected on an expedited basis, would render a building or facility so potentially injurious or hazardous that it causes an imminent peril to the health and safety of students or staff.”

By June, the SDA districts identified over 700 emergent conditions. The state took its time reviewing them, despite a legal requirement at act within 90 days. Then in March 2012, SDA approved only 76 projects.

By June of this year only six projects had been completed. They included some repairs in Newark, money allocated to Paterson, and groundbreaking for a new school in New Brunswick.

NJEA worked with the New Jersey Work Environment Council to organize the Healthy Schools Now Campaign (HSNC), which brings together educators, union members, parents, and other stakeholders around the lack of progress in major health and safety projects, including the 76 emergent projects in the SDA Districts.

Last spring, the HSNC brought together grassroots groups from around the state to protest at SDA meetings. Protesters wanted to know why Gov. Christie refused to use funding already authorized to fix terrible conditions, and in so doing denied thousands of jobs to union construction workers. Such pressure has undoubtedly been important in the recent release of funds for projects such as repairs in Trenton and a new capital project in New Brunswick. However, ongoing efforts are needed to ensure the many urgent school projects are completed.

In June, a coalition of 43 faith-based, minority, parent and union groups signed a letter urging the governor to speed up SDA Districts repairs. “Every day, students in New Jersey are exposed to hazardous conditions like mold, lead, PCBs and poor indoor air quality resulting from decades of delayed repairs and the failure to start and complete new school construction projects,” the letter states. The letter asked the governor to “live up to your commitment to education by making safe, healthy, and modern public schools a priority.”

The Education Law Center (ELC) filed a lawsuit on behalf of students in SDA Districts for the DOE’s failure to expedite action on more than 700 applications for repairs. The court ruled in favor of the ELC that the DOE’s Office of School Facilities (OSF) failed to address emergent repairs on an expedited basis thus violating the “thorough and efficient education” clause of the state constitution.

The Commissioner of Education, Christopher Cerf, upheld the ruling and ordered the OSF to complete its reports on (but not carry out) the repairs no later than Aug. 31, 2013.

Rather than complying, the DOE has proposed new rules that will eliminate the term “emergent,” apparently assuming this change will make the requirement for expedited action go away. In addition DOE wants to add new hurdles to the application process for any project, not just in SDA districts.

ELC Executive Director David G. Sciarra responded, “These proposed rules are emblematic of the Christie administration’s refusal to provide urban schoolchildren with safe and adequate school buildings, even when those facilities are a threat to their health and safety and are unfit for learning.”

What you can do?  Invite a speaker, write a letter, attend a meeting

You can help by inviting a coalition speaker to local association meetings, writing a letter to the editor, attending future hearings and in many other ways. For more information, contact your UniServ field representative to discuss how you and your local association can become involved, or contact Mo Kinberg, WEC Campaign Organizer, at mkinberg@njwec.org or (609) 695-7100 ext. 304.

Learn more about the HSNC at http://njwec.org/take-action/campaigns/healthy-schools-now/.

Visit the HSNC Facebook page for updates, history, and ways to be involved at www.facebook.com/healthyschoolsnow.

Visit the Education Law Center website for more details and history of the SDA District repair issue at www.edlawcenter.org.

Before you ask for help 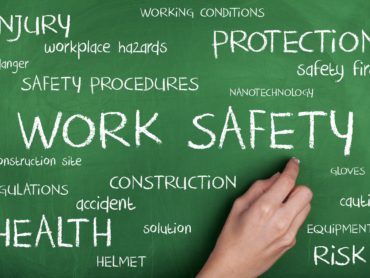 Published in the February 2017 NJEA Review By Adrienne Markowitz and Eileen Senn Records of staff injured... 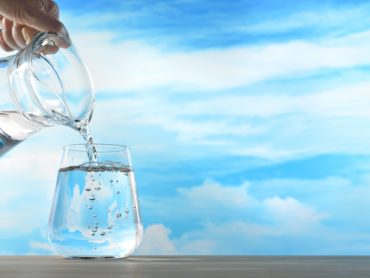 Published in the January 2017 NJEA Review By Adrienne Markowitz and Eileen Senn In response to mounting...