Artificial turf sounds like a solution to problems with grass fields. It doesn’t require mowing, watering, pesticides or fertilizer. At first glance, it appears to be environmentally friendly and less costly than grass for playing fields and playgrounds. But a closer look shows it presents health and environmental hazards, needs periodic replacement, and in the end is often costlier than a well-designed natural grass field.

What is artificial turf?

An artificial turf field has three layers: drainage, shock absorbing and surface. The surface has plastic blades that simulate grass and several inches of infill to keep the blades upright. Infill may be crumb rubber made of ground up recycled tires, ground up soles of athletic shoes, combinations of silica sand and rubber, or more recently, organic materials.

Hazards of artificial turf to players and environment

Potential health hazards to players of artificial turf are described in the box. In addition, there are environmental concerns:

Is there a cancer connection?

Last October, several mass media outlets reported concerns about cancer among a number of young soccer goalies.  The link to cancer is not proven.  News reports did not make clear whether all the affected players were playing on artificial turf, nor have there been conclusive studies establishing a link. But the fact that most affected players were goalies is troubling, as goalies have the greatest exposure potential to the ground. They dive on the ground, suffering cuts and scrapes, and getting particles of material in their cuts, mouths and eyes and sometimes swallowing it.

The Environmental Protection Agency (EPA) and the Consumer Product Safety Commission (CPSC) performed limited studies five years ago, mainly looking at levels of carcinogens in the air close to the turf. These levels were not high, but such studies do not address the kind of exposures players can have, especially goalies, from extensive close contact with the infill. A study to investigate a potential cancer cluster among goalies would be extremely costly, and no federal agency has plans to do one. While unproven, the evidence of a link is suggestive and worth considering.

School districts should also consider avoiding playgrounds made of artificial turf for the same reasons as soccer fields, plus one more: young children are much more vulnerable to carcinogens and toxins than adults and youth, since their cells are reproducing so fast.

It is a myth that artificial turf is cheaper than natural grass. Artificial turf fields must be vacuumed to remove all leaves and debris. They must have the fibers brushed up regularly and occasionally be deep raked to loosen up the infill. Fields must also be disinfected, washed, and have loose seams repaired. Chewing gum and hard candy must be softened with a solvent and then hand-pried out of the fibers. Artificial turf is expensive to install, requires a lot of maintenance, has a short life and is expensive to dispose of.

Natural grass and other infills

While there are other infills less potentially hazardous than crumb rubber, the most sensible choice is still natural grass. Natural grass fields have their problems, including bogging down in rainy weather and requiring reseeding and other maintenance.

These problems can be reduced by various measures that involve a one-time expense. For areas with high-clay soils and a lot of rain, towns can introduce sand-cap fields. This requires excavating 12 to 16 inches of soil and installing drain tile, a 4-inch gravel layer and a 12-inch, sand-based root zone. The field can then be seeded with modern grasses that withstand traffic and don’t need to be resodded and reseeded every year. Modern grasses do not require pesticides and herbicides to thrive.

Some cities are experimenting with newer organic infills made of such materials as coconut shells, rice husks and walnut shells. These have some advantages over rubber, in that they are nontoxic, they don’t overheat, and they decompose naturally. Because they decompose, they must be replaced about every two years, making it unclear why they would be preferable to natural grass. 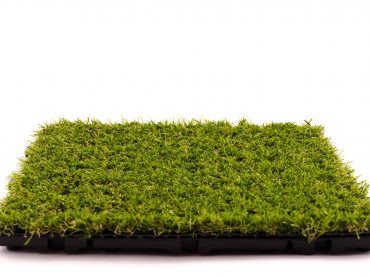 Artificial turf: Use it? Ban it?

What are the options? Synthetic turf, or not—that is the question. By Dorothy Wigmore Government...