During the NJEA Delegate Assembly meeting on Sept. 12, Gov. Phil Murphy stopped by to discuss the anti-privatization law he had signed the day before. On screen for the virtual meeting are (clockwise from left) Murphy, NJEA President Marie Blistan, NJEA Vice President Sean M. Spiller and NJEA Secretary-Treasurer Steve Beatty.

On Sept. 12, a day after Gov. Phil Murphy signed landmark law that places restrictions on how and when public school employers can subcontract the work of educational support professionals (ESPs), he addressed the NJEA Delegate Assembly (DA). The new law protects ESPs and others at risk of privatization in the state’s public schools and community colleges

S-2303/A-4140, the anti-privatization bill signed into law on Sept. 11, provides common-sense job protections for ESPs. It prevents boards of education from privatizing the work of its ESPs while a collective bargaining agreement is in effect. It also places conditions on how a board of education can enter into a subcontracting arrangement when a collective bargaining agreement expires: the employer must provide written notice and must offer the local association the opportunity to meet and discuss the decision to subcontract and negotiate over its impact.

The law also mandates that each employee replaced or displaced because of a subcontracting agreement would retain all previously acquired seniority and would have recall rights if the subcontracting terminates.

The signing of this bill follows the governor’s enactment of Ch. 78 relief on July 1 and due-process protections for ESP on Aug. 14.

“I was incredibly proud fulfill my commitment and sign my name to Ch. 78 relief for every NJEA member and educator,” Murphy said. “I was proud in August to fulfill my commitment to enact Job Justice to protect our ESPs—that includes the due-process law I signed last month and the anti-subcontracting law that I put on the books yesterday.”

Blistan recalled Murphy’s first introduction to members when he attended the 2016 NJEA Convention prior to his election.

“In that first introduction you firmly pledged your support for Ch. 78 relief and Job Justice for ESPs,” Blistan said. “And you promised that when those bills reached your desk, that you would sign them. We took you at your word and we got to work to organize to get those three bills to your desk.”

“We are all educators as Marie, Sean, Steve their colleagues reminded me from the moment we met,” Murphy said. “Every adult that a kid comes in contact with in school is an educator.”

NJEA President Marie Blistan applauded Murphy for his long-standing commitment to all educators, including ESPs.”

“You made sure that even when our buildings were closed, our ESP members continued to be employed and paid,” Blistan said. “Our position from the beginning was that there is a role for every school employee. You stood above and beyond everyone else, governor, in this country, and you led the way elevating our ESPs like no one before.”

In her introduction of Murphy to the DA, Blistan recounted Murphy’s commitment to NJEA members.

“Gov. Murphy listens to the voice of educators on education policy issues,” Blistan said. “He promised to change the hostile negative rhetoric about public schools and about the work that we do. Both as a candidate and as a governor he has lived up to what he promised on that state in 2016.”

“Gov. Murphy never wavered in the commitment on return to full pension funding,” Blistan said. “He knows that it’s not only fiscally responsible, but he sees it as a moral responsibility for New Jersey to keep its promise to educators. And with his leadership it has been kept.”

Blistan also pointed out the governor’s actions to cancel statewide standardized tests and his common-sense approach to educator evaluation during the school building shutdown.

“The start of this school year has brought challenges unlike any we have ever seen, and my respect for you and each and every one of your colleagues has only grown during this time,” Murphy said. “I commit to remain your partner every step of the way. I remain committed unambiguously to your safety.”

Teacher leaders evolving with the times 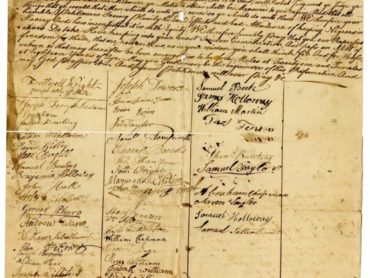 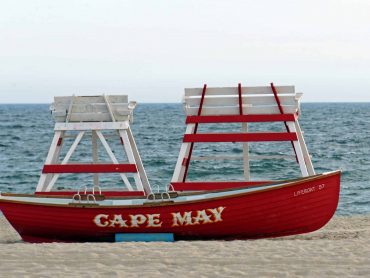