The awards were presented during the 2021 NJEA Equity Alliance Conference.

Held remotely over the weekend of Jan. 15, the conference opened with an address from NJEA’s officers and the chairs of each committee.

In her remarks, NJEA President Marie Blistan focused on why educators and why NJEA must be leaders in social justice and equity, taking a moment to say the names of some of those lost, murdered because of their race: George Floyd, Breonna Taylor, Ahmaud Arbery, Rashard Brooks, Eric Garner, Michael Brown. Trayvon Martin, Sandra Bland, Tamir Rice and Philando Castile.

Baruti Kafele, a former elementary school teacher in East Orange, a middle and high school teacher in four different urban schools, including Newark Tech, which went from a low-performing school in need of improvement to national recognition, which included U.S. News and World Report recognizing it three times as one of America’s best high schools.

Today, he is one of the most sought after school leadership experts and education speakers in America. Kafele focused on educating across all disciplines from a social justice perspective.

“Social justice education is the ongoing, student-centered, exploration, examination, and assessment of the world upon which your students exist through their own lens,” Kafele said. “It’s an interdisciplinary critical analysis of the world around them with respect to their relationship with it and how they fit in it via their own self-expression relative to issues of social justice, social injustice, and overall systemic and individual racism whether it be unconscious, implicit, or explicit.”

Kafele highlighted the student-centered nature of teaching for social justice.

“When we infuse or incorporate social justice into our classrooms it’s got to be about the children,” Kafele said. “It can never be about us. It doesn’t mean we don’t have a role. But it’s not about our politics. It’s not about our worldview. As the youngster, I don’t need to hear your [the teacher’s] interpretation of whatever it is. I need you to hear mine as the student.”

Over the course of the weekend, attendees participated in two to three of 15 equity focused workshops. The weekend concluded with another keynote, this one from Damon Lee, a New Jersey native from a family of educators who went on to play a principal role on hundreds of entertainment projects in film, television and online content.

Lee reflected on his experiences and as Black public school student on New Jersey and as an adult in the education and entertainment worlds. 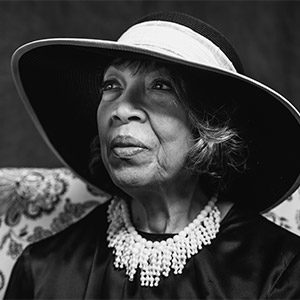 “Shirley Satterfield has been involved with many organizations during her ongoing career as a teacher, school counselor, researcher, historian, and tour guide and embodies the spirit of this award,” said NJEA Human and Civil Rights Committee Chair Kimberly Scott-Hayden.

Shirley Satterfield, a retired Princeton High School guidance counselor and local historian, was raised in Princeton, representing the sixth generation of her family to live in the community.

Satterfield experienced Princeton’s racial evolution firsthand, attending the Witherspoon School for Colored Children when segregation was still the official and explicit policy in Princeton Public Schools. Princeton’s began to integrate in 1947, following the landmark New Jersey Supreme Court decision in Hedgepeth and Williams v. Board of Education, Trenton, NJ in 1944. She transferred to Nassau Street School and later was graduated from Princeton High School.

Prior to teaching and serving as a school counselor at Princeton High School, Satterfield worked in East Windsor. While at Princeton High School, she founded the historic high school female leadership group, P.U.L.S.E, which stands for Pride, Unity, Leadership, Sisterhood, and Esteem and works to further understanding about and respect for individuals, regardless of their ethnicity, race, or gender.

She led the fight to have her neighborhood –now known as Witherspoon-Jackson—declared as Princeton’s 20th historic district. She serves as president of the Board of Trustees of Witherspoon-Jackson Historical and Cultural Society, which is dedicated to researching, preserving, understanding, and celebrating the history of African-Americans in Princeton. Under her leadership, 26 plaques are being placed around the neighborhood’s Heritage Trail. 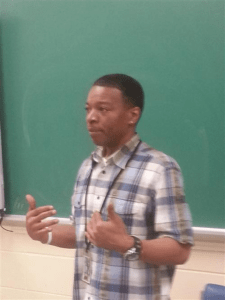 “TJ is a fearless advocate for his students, working to close achievement gaps, to modify leveling and discipline practices, and to bring in professional development opportunities to ensure racial and social justice,” said NJEA Minority Leadership and Recruitment Committee Chair Tiffanie ThrBak.

Thomas “TJ” Whitaker, Jr., an English language arts teacher and community advocate at Columbia High School in Maplewood, where he has taught for the past 15 years. During his years of service, he has used his varied responsibilities, including serving as the district’s affirmative action officer, to empower and inspire his students, colleagues, and the community at large.

Whitaker serves as the faculty advisor of CHS’ newly formed Black Student Union (BSU). The BSU provides students with a platform to share—with the staff and the student body—their experiences with racism and ways to better serve all students. Despite some obstacles, within less than a year of BSU’s inception, students led an engaging and thought-provoking assembly discussion on institutional racism and bias in the school and community, educating staff and students about ways of working to overcome it.

More recently, Whitaker established a Youth-Led Participatory Action Research (YPAR) group, in which students work to find and present statistical data and best practices in working to achieve social justice in schools. Additionally, Whitaker was one of the founders of the MapSO Freedom School, which serves to provide professional development in working to create social justice-oriented classrooms and anti-racism curricula. 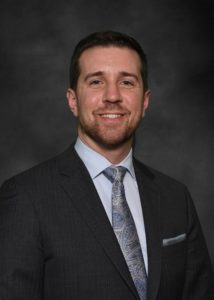 “It would be hard to find an educator who has done so much during the past few years to advocate for queer youth and staff than our winner this year,” said NJEA Sexual Orientation and Gender Identity (SOGI) Committee Chair Thomas Tamburello.

Philip McCormick is a school social worker and case manager at South Orange-Maplewood’s Columbia High School. His involvement in LGBTQ+ advocacy spans local, county, state, and national contexts.   He served on the NJEA SOGI Committee as Essex County representative from 2014 to 2019 and on the Essex County Education Association LGBTQ+ Committee from 2016 to 2020, including as its co-chairperson from 2016 to 2019 and from 2019 to 2020.

McCormick helped re-establish the Northern New Jersey chapter of GLSEN, which champions LBGTQ issues in K-12 education. He was the chapter’s co-chairperson from 2016 to 2018 and an Executive Board member from 2018 to 2020. He appeared in a segment of “One-on-one with Steve Adubato” at the 2018 NJEA Convention to discuss his work.

McCormick participated in training for the National S.E.E.D. (Seeking Educational Equality and Diversity) Project in 2013. After being trained, he led a S.E.E.D. cohort during the 2013-2014 school year, in which teachers and ESPs met monthly to expose implications of privilege and oppression related to race, gender, sexual orientation, gender identity, socioeconomic status, age, and physical and mental ability.

Part of GLSEN’s work involves promoting inclusive policies, which McCormick helped support in his work with his chapter. Philip also participated in the NJEA LGBTQ+ Curriculum Cohort, in response to legislation calling for an LGBTQ+ inclusive curriculum, to help teachers prepare more inclusive lessons for LGBTQ+ students and students of color. 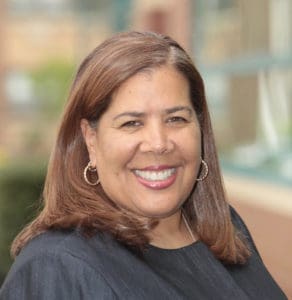 “Assemblywoman Linda Carter has been leading the way to help women succeed both in and out of the classroom and has been a trailblazer in the New Jersey Legislature,” said NJEA Women in Education Committee Chair Fatimah Hayes.

Linda Carter has spent her career fighting for the underprivileged and middle-class communities. She has served locally for nearly two decades, as a member of the Plainfield City Council and as a member of the Union County Board of Chosen Freeholders—now knowns as the Union County Board of County Commissioners—earning a reputation as a bold progressive, and pragmatic trailblazer willing to take on a wide array of challenges that affect her communities.

On May 24, 2018, Carter, a lifelong resident of the City of Plainfield, was appointed to serve as a member of the New Jersey General Assembly representing the 22nd Legislative District, composed of Union, Middlesex and Somerset counties to fill the vacancy caused by the death of Assemblyman Gerald B. Green. Shortly thereafter, Carter was elected at a special election held on November 6, 2018, to fill the unexpired term.

Carter currently serves on the Science, Innovation, and Technology Committee, the Telecommunications and Utilities Committee, the Law and Public Safety Committee and was recently selected to serve on the New Jersey Legislative Black Caucus 2020 Census Reapportion Policy Committee.

Carter is an NJEA member who works as a structured learning experience teacher coordinator for the Passaic Public Schools in Passaic City. She serves on NJEA’s Minority Leadership and Recruitment Committee.

While serving in the Assembly, Carter has: 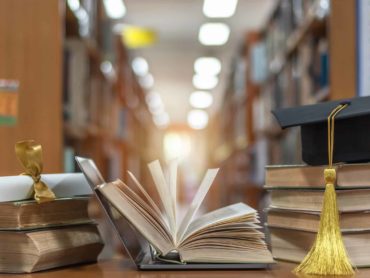